Spokesperson: President has confidence in all his ministers 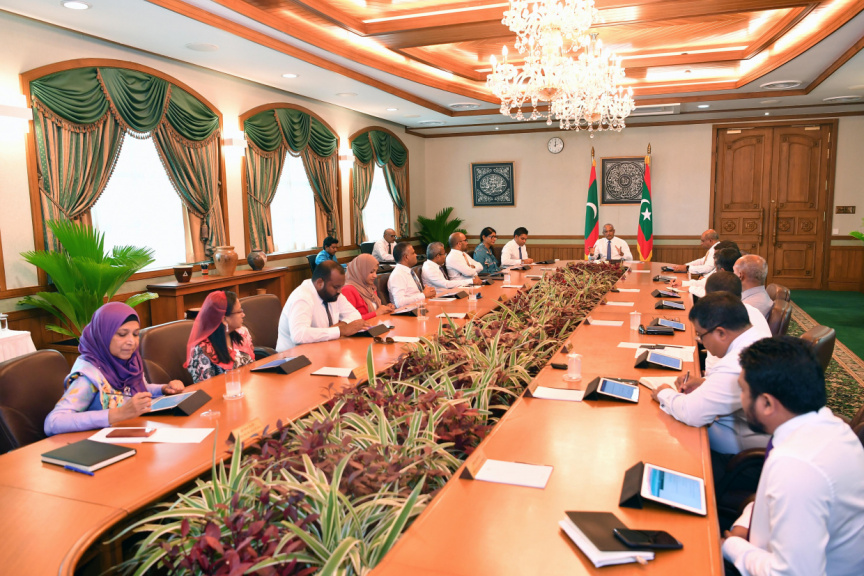 President Ibrahim Mohamed Solih, according to his spokesperson, is satisfied with the performance of all his Cabinet ministers, and his ministers continue to enjoy his full confidence.

President’s Spokesperson, Ibrahim Hood, made the remark at a press conference hosted by the President’s Office to deliver its review of the government’s performance.

It comes at the heels of the announcement by Bilehdhoo MP Ahmed Haleem (Dhonbileh), a MDP parliamentarian, of his intention to submit a motion to impeach Islamic Minister Dr. Ahmed Zahir Ali.

Hood was pressed regarding the move, which came from a member of the President’s own party, at this Wednesday’s press conference.

He added that that the Parliament was no longer a place which existed “to administer rubber stamps”, and was making full use of its function to hold the government accountable.

MP Dhonbileh told Sun on Tuesday that he had already begun lobbying support to oust Dr. Ahmed Zahir, who he accused of supporting religious extremism and of “taking action against upstanding local sheikhs who are working to counter extremism to fulfill a personal vendetta.”

The move follows the decision by the Islamic Ministry to initiate a probe into a conference held by Makthaba Salafiyya – an organization of local religious scholars – in which it accused several prominent local scholars of promoting religious extremism and terrorism with the aid of a presentation made using some of their social media posts.

“I believe the Islamic Minister is promoting religious extremism in Maldives. I’m seeking a no-confidence vote because of this. This is not the party stand. Neither is this the government stand. This is the stand of the parliamentary representative of Bilehdhoo,” said Dhonbileh.

He said he intended to submit the no-confidence motion as soon as the Parliament re-convened after recess.

'Pres. will take action in response to audit findings'