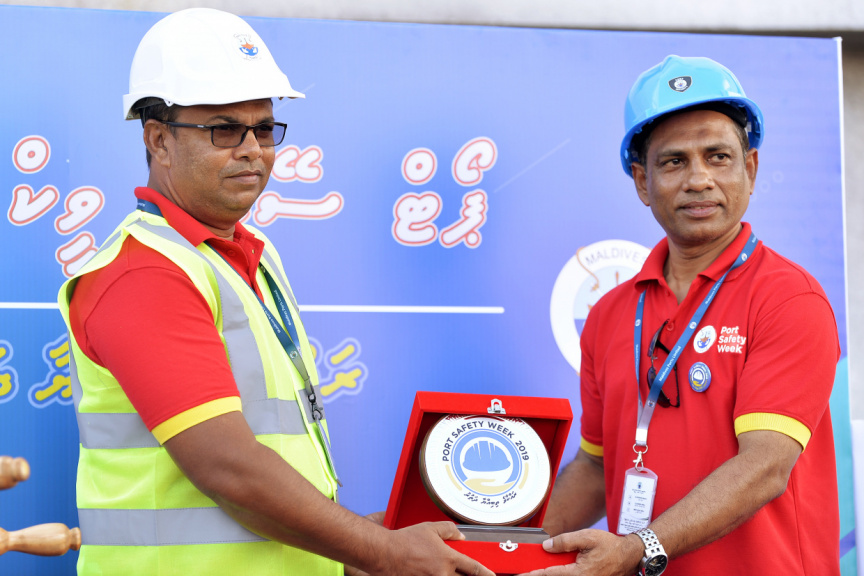 MPL’s Safety Week will continue from December 25-30 and aims to foster a culture of awareness and adherence to workplace safety.

The campaign, and a logo to promote the campaign, was launched in a function held at the MPL Port this Wednesday.

Speaking at the launching event, MPL’s CEO Shahid Ali said that research pointed to ports, and especially commercial ports which processed container shipments, being one of the locations most prone to workplace accidents.

He said that many ports therefore implemented measures to reinforce public safety.

He said that extensive regulations to promote the safety of port workers and visitors were not enough, and that the most effective approach to promote safety was to establish a culture of awareness to workplace safety.

“Regulations are become ineffective when there isn’t anyone to follow them,” said Shahid.

He said that the MPL aimed to raise awareness and shift the public perception regarding workplace safety with its campaign.

“The purpose of holding this campaign in the last week [of the year] is to review cases pertaining to safety which took place this year, and to explore ways to reinforce safety measures in the coming year,” said Shahid.

MPL has also launched a song to promote workplace safety.