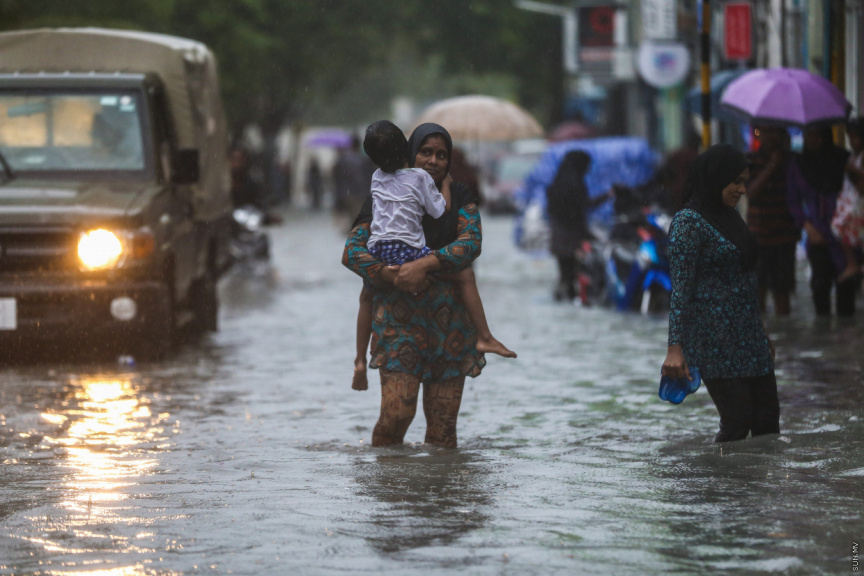 Male city experienced ankle-height floods on December 11, 2019. Met Office warned that the country will be affected by more severe weather in the upcoming days of December. (Sun File Photo/Fayaz Moosa)

Maldives Meteorological Services (Met Office) has warned off a predicted spell of bad weather expected to badly hit nearly half of the country.

The Met Office issued yellow weather alerts from the capital Male’ to the southernmost atoll of the country in Addu city and warned that the islands included in the area would be affected by thunderstorms and heavy showers. Wind speeds are predicted at around 35 miles per hour.

Showers are also expected for the remaining regions of the country. Seas are expected to be moderately rough and even choppier during storms with waves of two to five feet, according to the Met Office.

The weather pattern is expected to continue up until Wednesday.