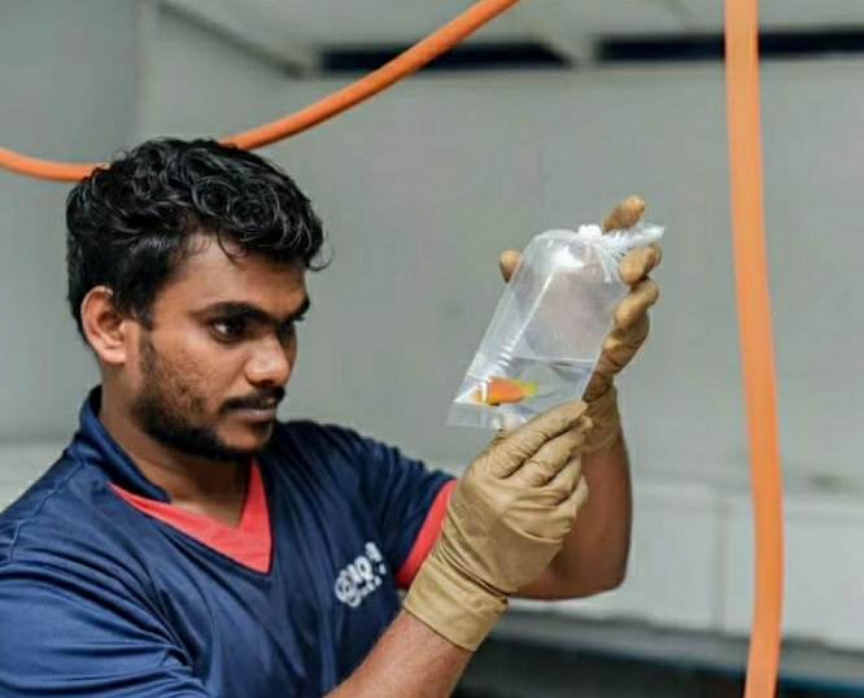 Aquaparadise which has conducted live marine fish business in the Maldives since 2018 has swum upstream to new heights with a contract to export live fish to China.

The exclusive fish export contract signed between Aquaparadise and Tianjin Qixing Biotechnology Co. Ltd is the first of its kind to be signed between a Maldivian and Chinese company.

With this agreement, Aquaparadise will be the sole supplier of live marine fish to Tianjin Qixing, the company which conducts this business the widest in China.

Tianjin will also invest in the development of G.Dh. Thinadhoo, due to the fact that Aquaparadise is based in the island south of the country. Tianjin will establish a facility to house small fish in Thinadhoo which will, in turn, create many job opportunities for the youths of the island.

Hussain Ahmed stated that the company was vying to become the company with the widest business operations in the sector in the region, with a fully local workforce. The company is also focused on creating job opportunities for youths while remaining in Thinadhoo and pass of the skills and expertise of the business.

Tianjin Qixing Director Mayan stated that Aquaparadise won the contract for the excellent quality of its products and packing when compared with companies from across the globe.

Mr. Mayan also stated that the contract would open the seas to smooth sailing for marketing Maldivian fish markets all over the world. Tianjin is also employing the vision to make Aquaparadise the company into the market leader of the sector by upgrading its infrastructure.

Aquaparadise, which is just two years old, is already supplying fish to different places around the world, including Europe and the USA on a weekly basis. The company is proud to employ only locals in its operations, who have now grown to become experts in the industry in the Maldives.

“The youngest packer in the Maldives is currently with us and was trained by us. He is a coveted figure by the numerous live fish businesses run in the country. He is a fast one.” stated the company.

Aquaparadise is also heavily involved in the community empowerment and cooperation in Thinadhoo and aids in the urban development projects of the island as well as community programs to its best capacity.