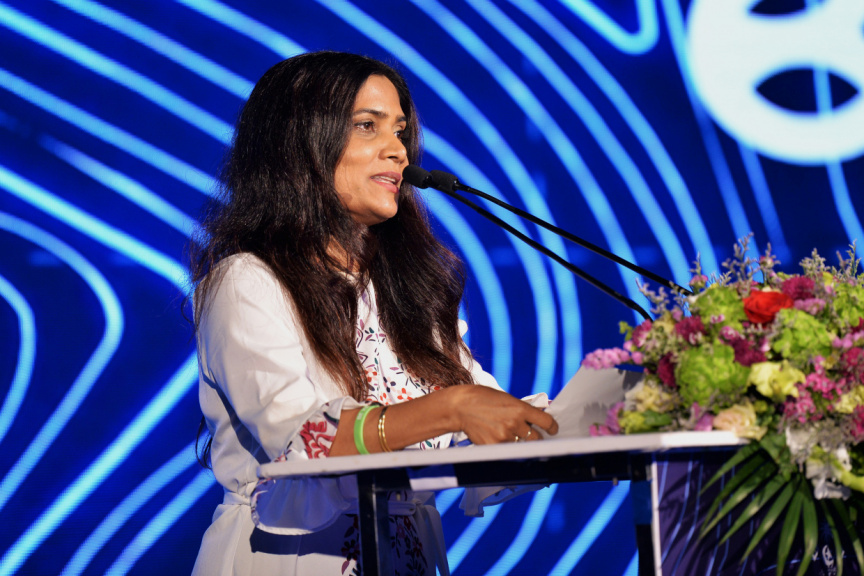 The Parliament’s Committee on Independent Institutions will open an inquiry into why veteran TV presenter Fathimath Waheedha (Mary) and current President of the Maldives Broadcasting Commission (Broadcom) hosted a Tourism Ministry ceremony.

The decision was announced by the chair of the committee Addu-Meedhoo MP Rozaina Adam.

The ceremony named “Burabi” to announce new islands that are to be leased for tourism development was held last Tuesday and hosted by Mary who was recently appointed as the President of Broadcom.

She was pictured arranging chairs for a function organized by the President’s Office for local senior citizens to meet then-President Abdulla Yameen Abdul Gayoom which had drawn media attention and along with it, intense public scrutiny at the time.

MDP using the supermajority which it now enjoys at the Parliament had dismissed Zaina citing her political bias in October.

Mary and MDP are also at the end of criticism by the public, however, MP Rozaina’s announcement to open an inquiry into the matter might have soothed some nerves.

MP Rozaina spoke about the independent institutions gaining the trust of the public when she announced the planned inquiry as soon as parliament reconvened.

The announcement may have relieved some pressure, but the issue of MDP activist Ahmed Gais’s appointment to the Broadcom is still being debated heavily.

Gais, who has no experience in the industry, previously served as the President of MDP’s Thinadhoo branch and as G. Dh. Atoll council member. He is now the vice president of Broadcom.