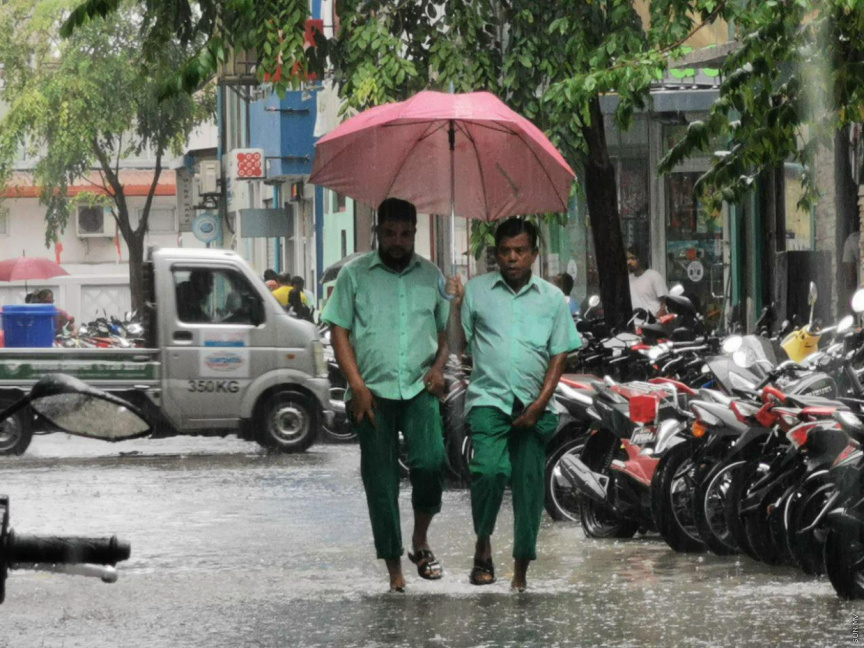 Pedestrians walking on a flooded street of Male' city during a spell of bad weather that affected the capital. (Sun Photo/Fayaz Moosa)

The Maldives Meteorological Services center (Met Office) has issued yellow weather alerts for six atolls across the country due to the current bad weather.

The alert was issued from R. Atoll to V. Atoll, and the Met Office warned of thunderstorms for the atolls in the area. Winds are expected to rise to 45 miles per hour.

Weather conditions are not expected to turn out favorable in the next 24 hours. Seas are expected to be rough and even worse for atolls in the North and Central regions of the country. Authorities have urged cautions for those traveling in the area by sea.

Heavy rains as a result of the low-pressure trough have left several areas in Male’ city flooded. Other than Male’ city, the island of Naifaru was also hit with strong winds and rain. Some incidents of falling billboards in the capital were also reported.