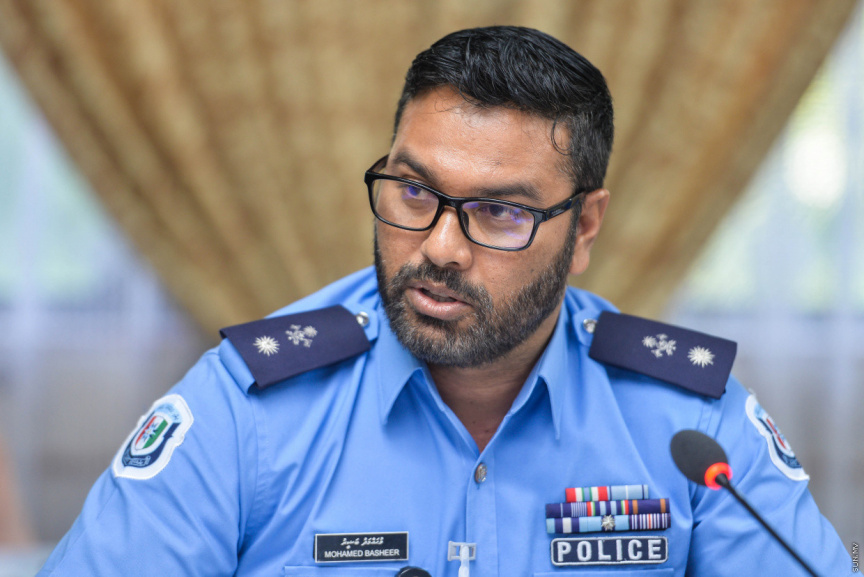 Maldives Police Service, on Wednesday, made three arrests and seized doctored marriage certificates and other evidence in its joint special operation with the Maldives National Defense Force in R. Maduvvari.

Head of Serious and Organized Crime Department, Superintendent of Police Mohamed Basheer said on Wednesday night that that the special operation had been launched based on intel of a large-scale radicalization program run by a group of religious extremist in the island.

“They believe the State of Maldives is a State of Kufr. And that it is permissible to harm the property, body and life of those who don’t share their radical view on religion. And they believe that taking children below the age of 18 years – outside the bounds of Sharia and law –  as brides and having sexual relations with them is permissible,” said Basheer.

The security forces searched six residences and several boats, in which they made three arrests and seized evidence on Day 1 of the operation.

“We found many electronics as evidence. We also found marriage certificates believed to be doctored documents,” said Basheer.

He said that many of the children were found to have been denied vaccination and denied their right to education.

Basheer said the special operation in Madivvari will last at least one week, and that additional information regarding the case would be released as the investigation developed.

Sun was able to verify the identity of two of the arrestees; Hassan Siyad, 34, Meezaan, R. Maduvvari; and Hassan Raazee, 30, Meera, R. Maduvvari.

The police, in a statement announcing the commencement of the special operation in Maduvvari, said that it was a crackdown to counter religious extremism, religious separatism, denial of constitutional rights and exploitation of women and children, and spread of pro-terror propaganda and recruitment of locals for terrorist organizations in R. Maduvvari.