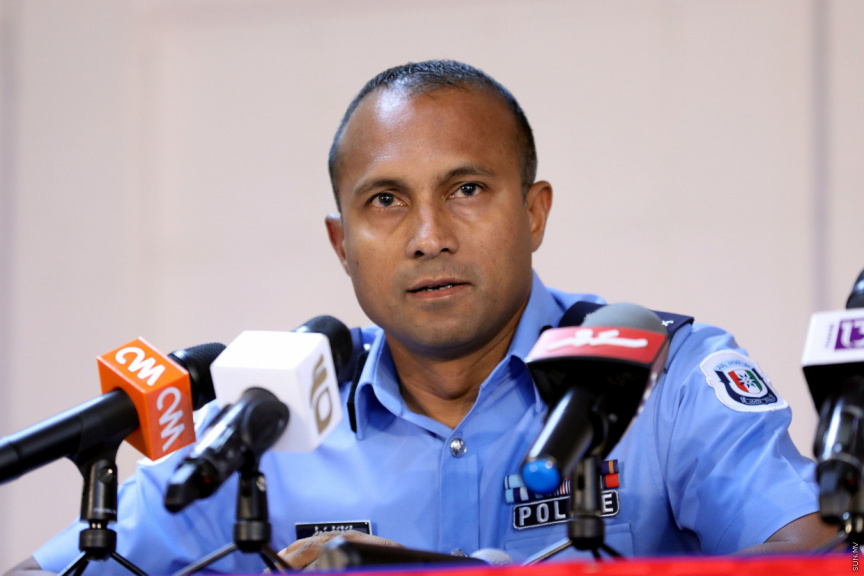 Commissioner of Police Mohamed Hameed (MC Hameed) says that records collected the police point to the existence of close to 1,400 extremists in Maldives.

Hameed made the comment during the panel discussion on counter-extremism held during the Viyavathi Raajje Councilors’ Conference at Crossroads Maldives this Monday afternoon.

Hameed said that total 423 Maldivian citizens attempted to travel to Syria and Iraq to join rebel groups, out of whom 173 succeeded.

He said that several Maldivian citizens had been radicalized to the level that they would not hesitate to take a life. He said that many of them continued to live in Maldives.

“There are among us nearly 1,400 Maldivian citizens across the Maldives who have been radicalized to the level that they would not hesitate to kill the person next to them,” said Hameed.

He said that hundreds of Maldivian citizens had also taken part in militant activities and violent extremist in Pakistan and Afghanistan. He said that the police had credible intel some of them had returned to Maldives and were actively engaged in spreading extremist ideologies.

The Commissioner of Police also revealed the successful operation by the police, MNDF and National Counter-Terrorism Center with support from international counterparts to foil an ISIS plot to prepare an IED in the capital, Male’ City and detonate it in the air in 2017.

The police and NCTC, in a joint presentation earlier this Monday, said that the pattern uncovered in its analysis of violent extremism in Maldives from 2007 to 2019 showed a progression towards more “hard approaches” and civilian targets, and that there had been a plot to detonate at least two IEDs targeting civilian populations in 2017.