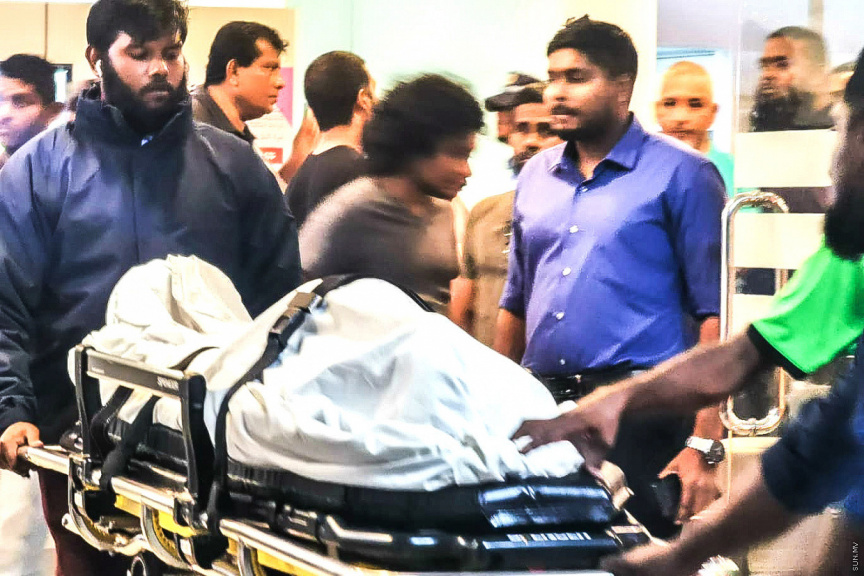 The police have made headway in its investigation into the murder of taxi driver Qasim Hassan after retreiving crucial forensic evidence from the crime scene including DNA and fingerprints believed to have been left behind by his killer(s).

Qasim, 59, was found stabbed to death in an isolated street in suburban Hulhumale’ at approximately 9:07 pm on Wednesday, December 4. He died from a stab wound to his neck.

Commissioner of Police, Mohamed Hameed announced this Thursday that the police now have several leads in the case, and are working on establishing the identities of the killer(s) and apprehending them.

According to the Hameed, the police also have the murder weapon, which was retrieved from roadside bushes approximately 300 meters away from where Qasim’s body was found.

The police have also identified the movement of Qasim’s taxi in Hulhumale’ after analyzing video footage retrieved from CCTV cameras in the suburb.

“We have some leads and a team of investigators are working on those to fix identity of suspect(s) and to apprehend them,” announced Hameed via his official Twitter account.

A source who saw Qasim’s body collapsed in the street told Sun that he had stab wounds to the back of his neck and head. The money inside his pockets and his mobile phone was left untouched.

Another source, a close friend and fellow taxi driver told Sun that Qasim had his dinner from a tea hotel with another taxi driver in Male’ City just after 8 pm on the night he was killed, and that he called Qasim at approximately 8:30 pm, and was told he was in Hulhumale’.