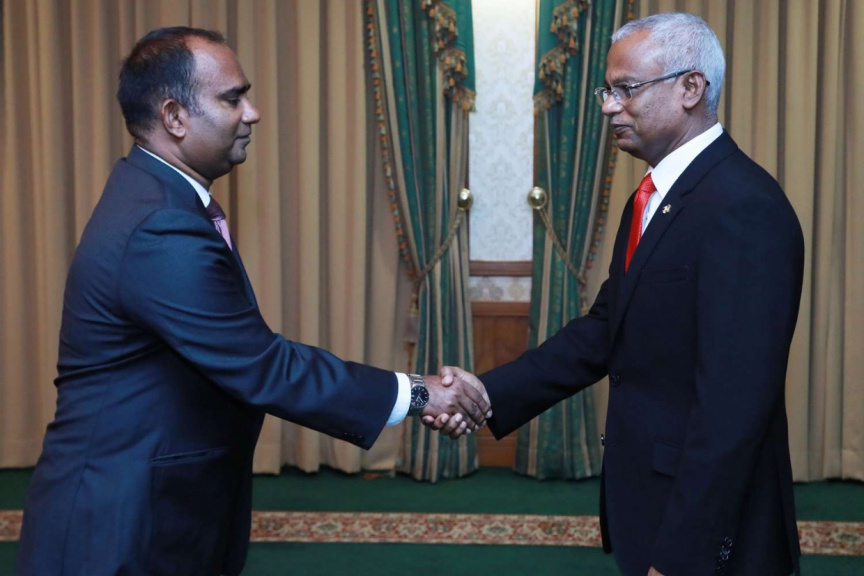 Adam Mohamed has resigned from his position as a member of the Disappearances and Deaths Commission (DDCom).

According to Hood, Adam had resigned “for personal reasons”.

Adam’s resignation had come the same day DDCom’s chairperson, Husnu Al Suood, also resigned from the commission. Suood, who is now Supreme Court Justice, had resigned upon nomination to the position.

Spokesperson Hood had previously announced the President’s Office was working on a replacement for Suood.

DDCom, this year, released investigative reports on two of Maldives’ most high profile murders; the abduction and murder of journalist Ahmed Rilwan Abdulla in 2014, and the murder of prominent politician and scholar Dr. Afrasheem Ali in 2012.

The commission’s findings, which uncovered evidence of links between the murders and other crimes and local extremist groups, paved the path for amendments to the Counter-Terrorism Act.

Requests have also been made with the Prosecutor General’s Office for charges against several parties in connection to the findings.