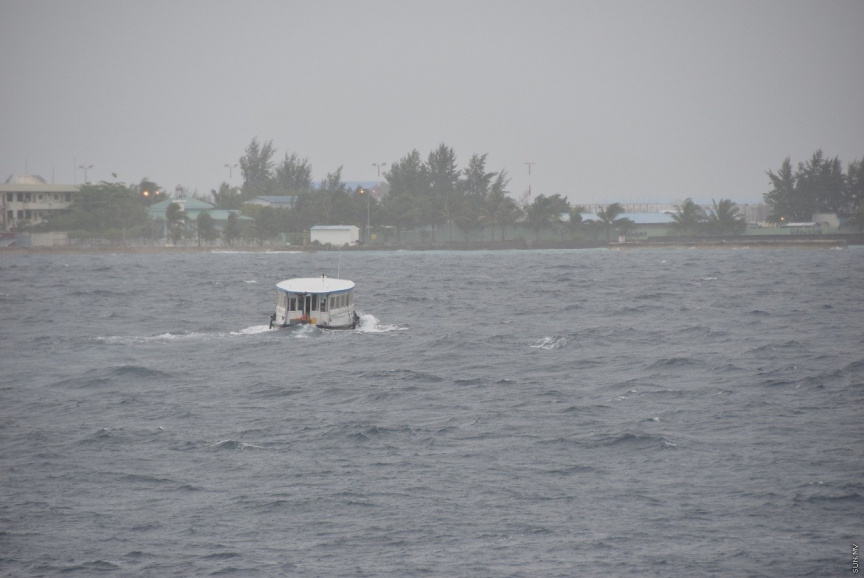 A passenger ferry makes its way through in bad weather. (File Photo/Sun)

Four people who were on a boat that got caught in bad weather at sea have been rescued.

Twi of the people on board the boat were brought to Male’ city after they were rescued and were taken to IGMH around 11:30 where they are receiving treatment, according to Police. The remaining two people were in good condition and taken to a land reclamation site near Emboodhoo Finolhu.