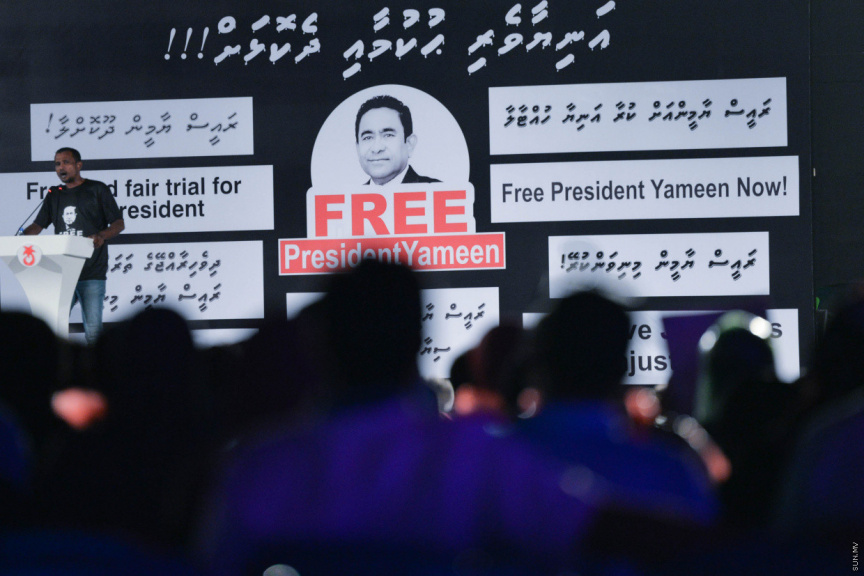 The police have released five of the seven people who were arrested during the protest staged in front of the PPM headquarters last Friday night.

Opposition politicians and activists had gathered in front of the PPM headquarters to stage a protest at the conclusion of the rally held by the PPM-PNC coalition at the nearby Alimas Carnival.

A police spokesperson told Sun the agency arrested seven protesters on Friday night. The spokesperson said that five of the protesters were released this Saturday morning, while two remain detained.

Opposition lawmakers have also been reinforcing the street protests with demonstrations within the parliamentary chambers.

They have refused to accept the legitimacy of the court sentence.

Parliament endorses Hussain Shameem as the next PG