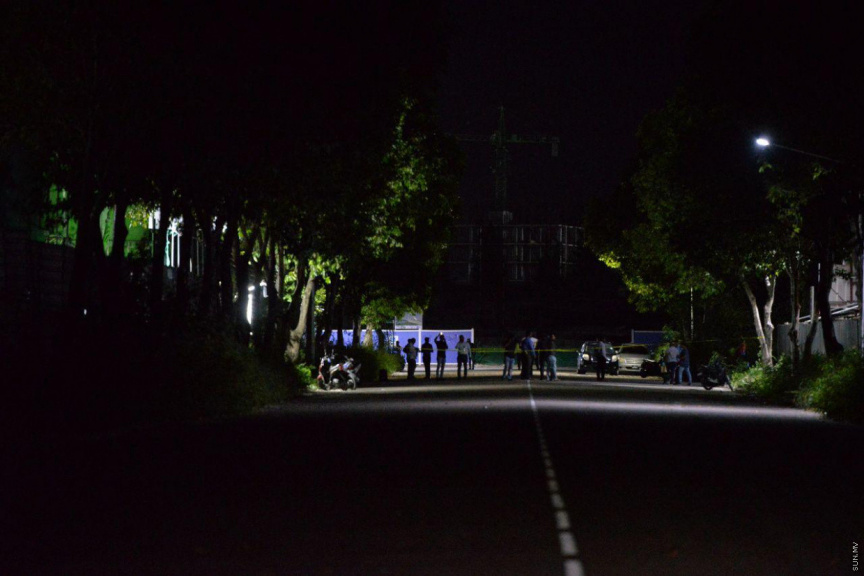 Police at the scene of the murder of the Qasim Hassan (59 yrs). The taxi driver was stabbed in the neck and died from the wounds on December 4, 2019. (Sun Photo/Fayaz Moosa)

Housing Development Corporation (HDC) has stated that work is underway to install lights in Hulhumale’.

A statement issued by HDC regarding the murder of a taxi driver in Hulhumale on December 4, 2019, read that HDC was working to guarantee the safety of residents of Hulhumale’.

There have always been consistent complaints regarding the lack of lights from residents and visitors who perceive a sense of fear in Hulhumale’. HDC indicated that this issue would be resolved by a project to increase the number of lights installed that was underway. Lights would also be installed in specific locations that have been noticed as points of danger by HDC.

HDC is also working with Police and installed 48 CCTV’s in different locations across Hulhumale’. 25 of these were set up in specific locations according to the recommendations of Police. Some cameras were installed in locations such as parks and parking zones to monitor the affairs of the public.

The location where a taxi driver was fatally stabbed in the neck was not a location frequently visited or driven by people. The area is the site of flats under construction by private construction companies.