2 counts of terrorism made against local terror recruiter 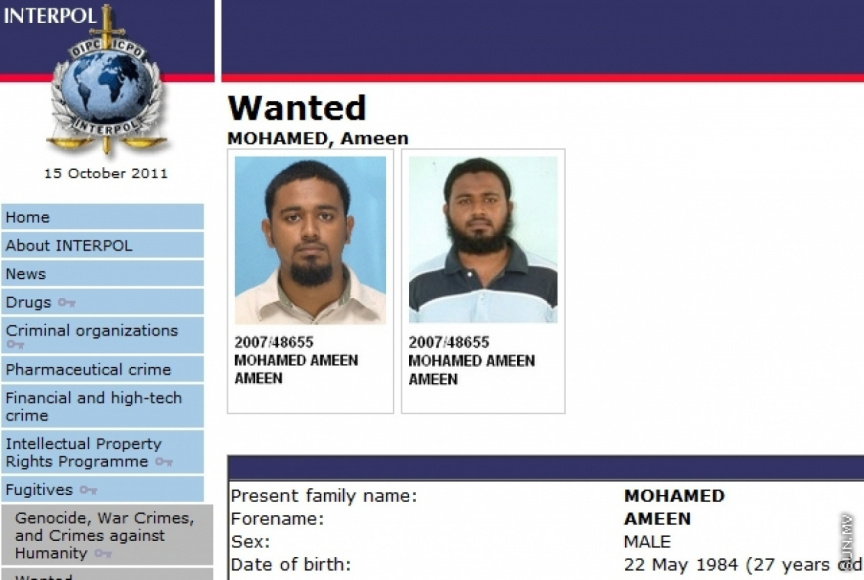 Mohamed Ameen is accused of supporting a branch of Islamic State in Pakistan and Afghanistan by United States. He is the first Maldivian to be named in a terrorist list formed by the US Department of Treasury Office of Foreign Assets Control.

Mohamed Ameen from Kariyyavilla, Maadhandu, Fuvahmulah city has been charged with two counts of terrorism.

Ameen is charged with being a member of a terrorist organization and planning an act of terrorism, and the charges were submitted to the Criminal Court by the Prosecutor General’s Office yesterday.

Ameen was arrested on October 23, 2019, and Police accused him of conducting wide-scale recruitment in the Maldives for terrorist groups abroad. They also alleged that Ameen has links with the senior members of several terrorist groups and aids them financially and technologically.

The investigation into Ameen was concluded and sent to the PG Office to bring charges against Ameen on December 1.

Ameen is one of the men who were behind the Sultan Park bombing in 2007. He escaped to Sri Lanka after the attack and an Interpol red notice was issued for him later on. He was arrested and brought back to the Maldives in 2012, and released after two months in custody.

Ameen is the first Maldivian to be included in a terrorist list formed by the US Department of Treasury Office of Foreign Assets Control. The US stated that Ameen aided a branch of Islamic State in Pakistan and Afghanistan in several ways. He is also accused of carrying out 10 recruitment sessions in the Maldives in April for the IS group.

He is the first person to be charged under the amended Anti-Terrorism Laws of the country.