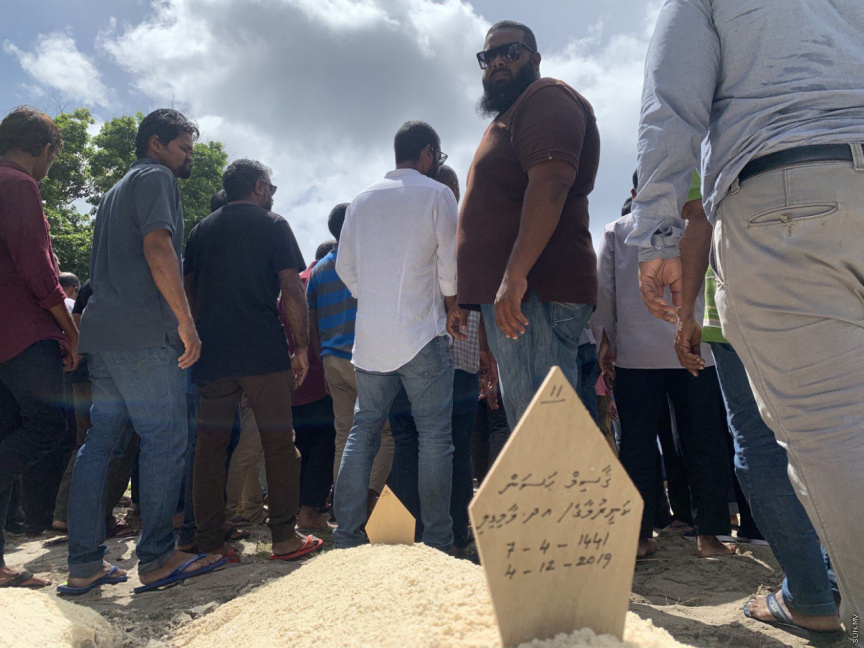 Photos from Qasim Hassan's funeral. Qasim was found with deep wounds to his neck and hands from which died in hospital on December 4, 2019. (Sun Photo/Fayaz Moosa)

Qasim Hassan (59 yrs) from A.Dh Maamigili who was found with stab deep wounds in Hulhumale’ last night and passed away from the wounds in the hospital later, has been buried.

He was buried in the Aasahara cemetery after the midday prayers today. His funeral was taken part by family and close friends as well as a large number of the public.

Qasim was found on a road in Hulhumale’ last night around 21:07 after he was brutally attacked in his car. His death has brought a shock to the taxi drivers of the capital. Qasim is survived by five children and was married twice.