Ex-President Yameen to be transferred to Maafushi Prison this Saturday 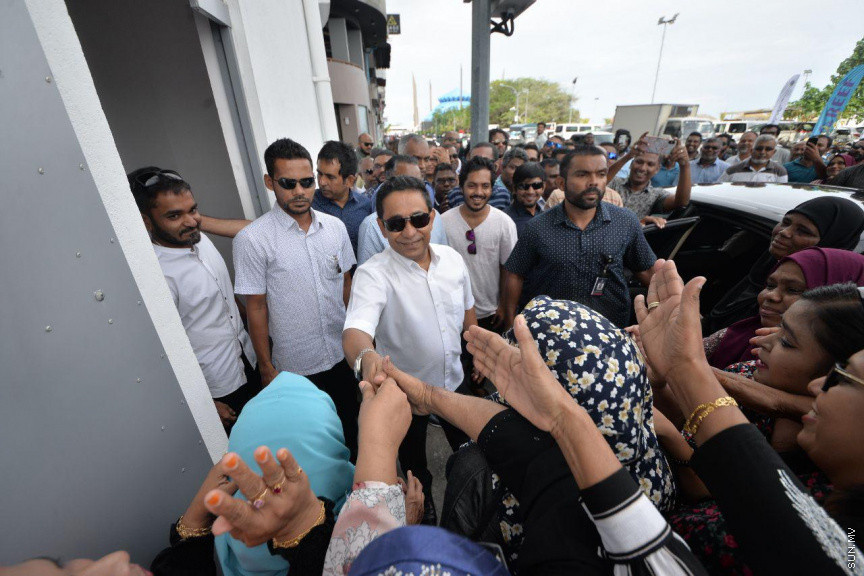 Former Maldivian President Abdulla Yameen Abdul Gayoom – who has been sentenced to five years in prison for money laundering – is scheduled to be transferred to Maafushi Prison this Saturday.

President Yameen was guilty of laundering USD 1 million in acquisition cost due to MMPRC for the lease of G. A. Vodamula on Thursday, November 28.

He is currently being held at Male’ Jail pending the completion of his medical assessments at Indhira Gandhi Memorial Hospital (IGMH).

Commissioner of Prisons, Abdulla Munaz has issued a short statement via his official Twitter account announcing the completion of President Yameen’s medical assessment and other mandatory legalities.

He says the former president will be transferred to Maafushi Prison this Saturday.

The opposition, PPM-PNC coalition has announced their intention of holding nightly protests in the capital, Male’ City, until President Yameen is freed.

They gathered outside the Male’ Jail for the first in their series of protests last Friday night.

The coalition has also lodged a case with the Human Rights Commission of Maldives (HRCM) alleging President Yameen was being mistreated at the Male’ Jail. A team of three officials from HRCM have visited President Yameen following the claim.