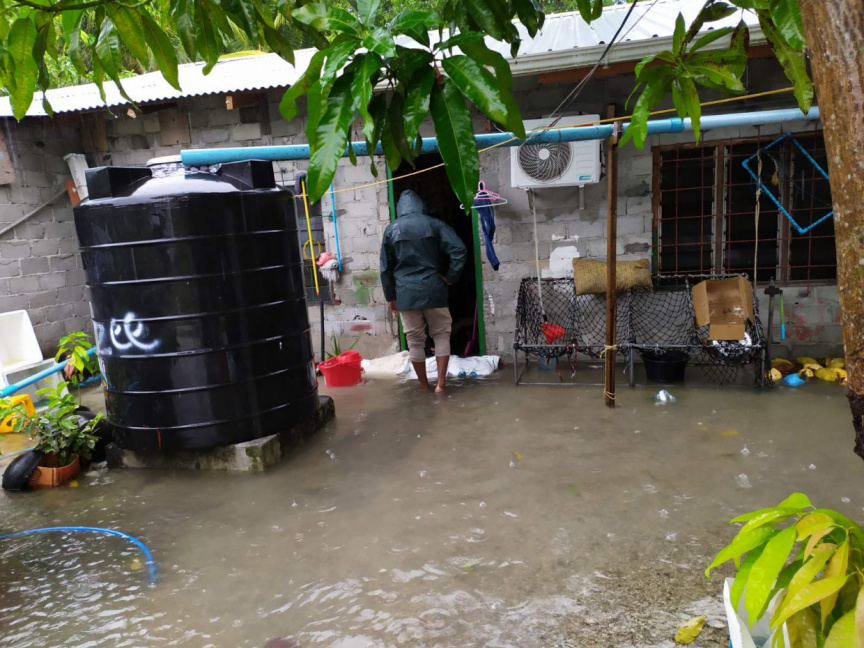 A household in Fuvahmulah city in the south of the Maldives is shown flooded in this photo taken on November 29, 2019. (Photo/MNDF)

The flooding caused due to the bad weather that the country is currently experiencing hit the district of Dhnadimagu the worst. MNDF’s southern area fire station officers are now assisting the affected households to pump the water.

Fuvahmulah city council member Hamadh Abdulla said to “Sun” that the number of households affected by the flooding was not yet clear and that the council municipality was also assisting the residents.

Met Office warned that the country was in the middle of the transitional period between the two monsoons and advised to stay alert regarding bad weather expected in the upcoming week. The office has already issued a yellow alert for the central areas of the country from Noonu atoll to Laamu atoll.