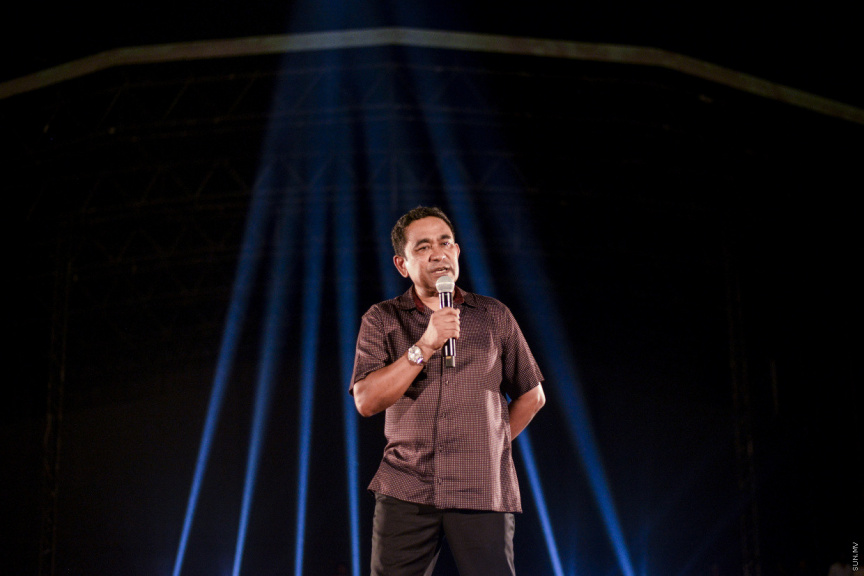 The Criminal Court has decided against postponing the sentencing hearing in former Maldivian President Abdulla Yameen Abdul Gayoom’s money laundering trial following the rejection of the procedural motion lodged on behalf of Yameen with the Supreme Court regarding the trial’s bench.

The sentencing hearing in the high-profile case is scheduled to begin at the Criminal Court at 1:30 pm this Thursday.

Yameen’s legal representatives had filed a motion with the Criminal Court requesting a delay in sentencing until the Supreme Court made its decision regarding a procedural motion lodged with the court over the trial’s bench.

The request, which was made mere hours ahead of the sentencing hearing, has now been denied by the Criminal Court following the Supreme Court’s rejection of the procedural motion citing lack of jurisdiction.

Yameen’s legal representative, former Maldivian Vice President Dr. Mohamed Jameel Ahmed told Sun that the Supreme Court had informed the defense of its decision to reject the procedural motion, citing that the court had no jurisdiction to find a legal remedy to the issue.

Yameen’s legal representatives had filed the procedural motion over Acting Chief Judge of Criminal Court, Ali Rasheed, who is on the bench of five judges overseeing the money laundering trial.

They allege that Judge Ali Rasheed had disclosed information to the press in violation of the Judges Act, and should therefore be dismissed from the bench.

Dr. Jameel says he found the decision unacceptable, given that the decision was made by a bench with Judge Ali Rasheed had established himself.

The objectionable press disclosure which Yameen’s legal representatives referred to in its procedural motion is Judge Ali Rasheed’s interview to RaajjeTV in which he refuted claims by Judge Ahmed Hailam in a press statement that Judge Ali Rasheed was aware of the extent of undue influence attempts he had faced during his time presiding over the trial.