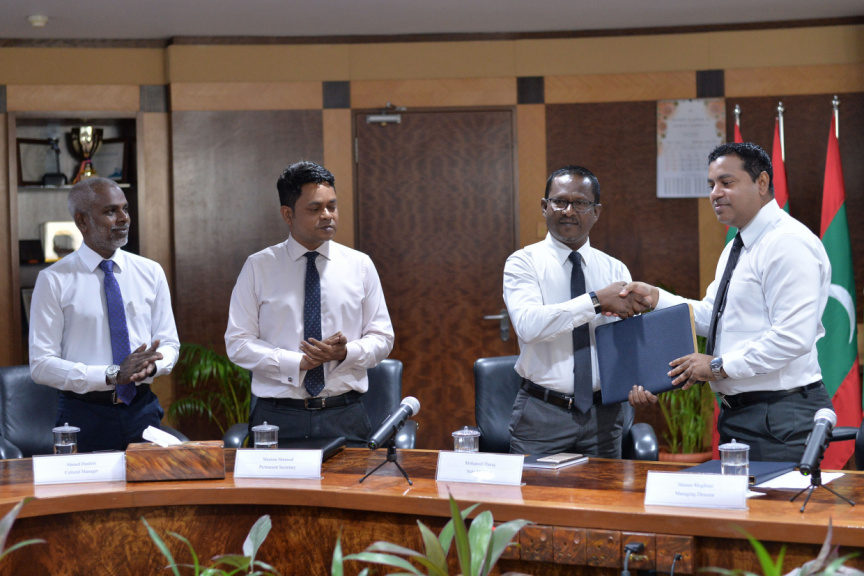 Ministry of Arts, Culture and Heritage has contracted State Electric Company (STELCO) to restore the minaret of Hukuru Mosque and the four water wells located in its grounds.

The four-year contract was signed by STELCO’s Managing Director Hassan Mughnee and State Minister Mohamed Toriq in a ceremony held at STELCO headquarters this Tuesday.

Speaking at the signing ceremony, Toriq said that the Ministry of Arts, Culture and Heritage required the assistance of other parties for the restoration and conservation of historical landmarks.

He said that the assistance of a company such as STELCO was a huge boost to the government’s efforts to conserve historical landmarks.

“This is the foundation to the conservation of historical artefacts in Maldives,” said Toriq.

Meanwhile, Mughnee noted the historical significance of the Hukuru Mosque, and said that the restoration and conservation of the mosque was a huge task.

He noted that STELCO will begin restoration of the water wells on Saturday, November 30.

STELCO to file lawsuit over hike on road work fees