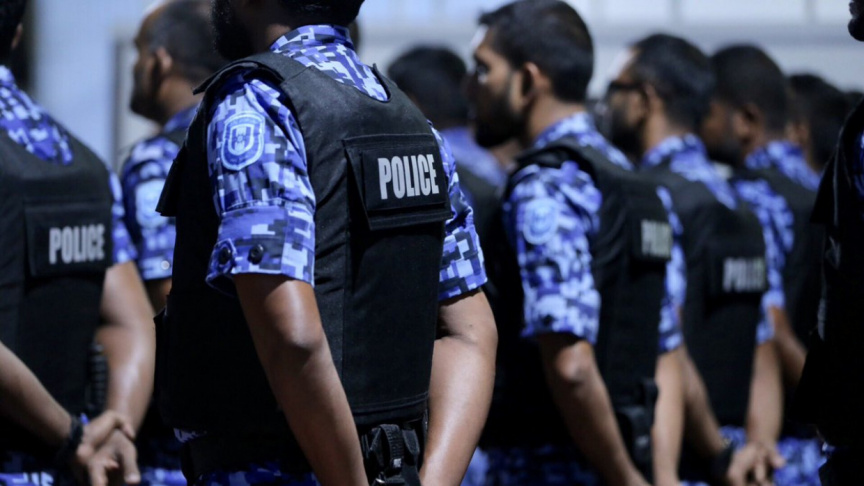 In this photo, officers of Maldives Police Service are seen from behind. Statistics publicized by the Police on November 26, showed that the number of locals joining terrorist organizations had increased significantly in 2019.

The number of Maldivians joining terrorist groups have increased significantly according to the statistics provided by Police.

The statistics publicized by Commission of Polcie Mohamed Hameed today showed seven cases of Maldivians joining terrorist groups had so far been reported in 2019. One of these cases had been filed while three other cases were currently under investigation.

The number is a significant increase from the total two cases that were reported in 2017-18.

5 other cases regarding terrorism were also submitted to the Police. The statistics also showed that no cases of underage marriages were reported to the Police since 2014.