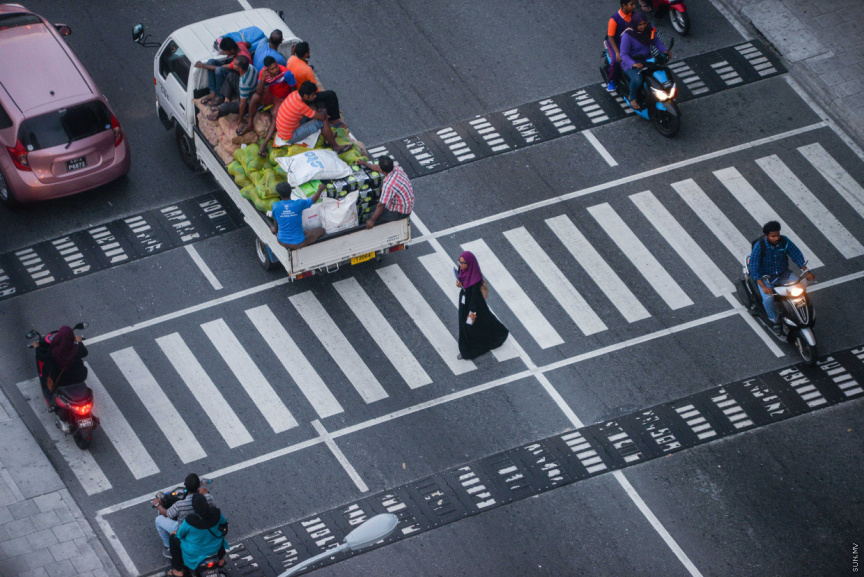 In this photo, a women is seen crossing a busy street in Male' city. The densely populated capital city has a high number of traffic accidents and violations compared to other parts of the country. (Sun Photo/Fayaz Moosa)

The statistics published by the Police showed that Male’ city experienced 33 accidents that injured three people last week. The licenses of three people were also withheld regarding the accidents.