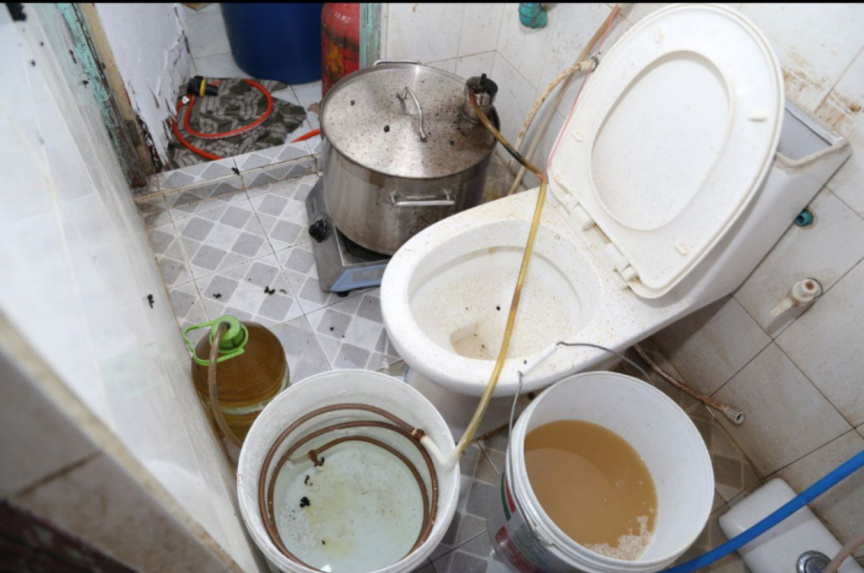 In this photo dated November 22, 2019, the toilet of a residence that was used to brew alcohol illegally is shown. The authorities discovered the illegal operation after responding to a fire incident caused by the operation that occurred in the house. (Photo/MNDF)

Authorities responded to an incident of fire that occurred in a house in Male’ city today only to discover that the residence was being used to brew alcohol.

Reports of a fire in Ma. Fastharige was responded to by MNDF Fire and Rescue services around 9:45 in the morning. The incident was caused by a group of migrants residing in the house who were brewing alcohol. Alcohol consumption and brewing are strictly outlawed in the Maldives.

Photos show that the brewing was being carried out in the toilet of the house. Police stated that the migrants who were brewing the alcohol tried to flee in the aftermath of the fire but were arrested by officers at the scene.