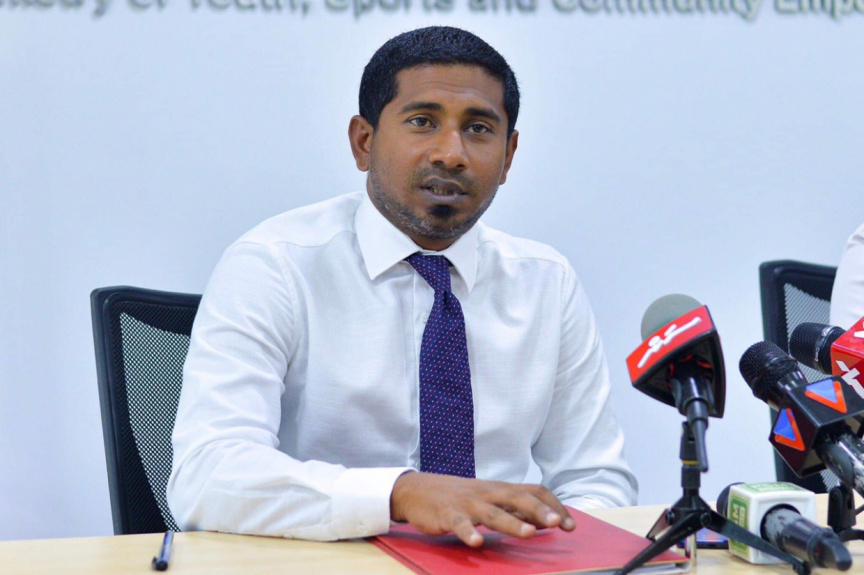 A request has been filed for Sports Minister Ahmed Mahloof to appear at the Parliament for a ministerial questioning session to clarify whether any action has been taken against local civic group Jamiyyath Salaf in response to the allegations raised against it in the Disappearances and Deaths Commission’s investigative report on Dr. Afrasheem Ali’s murder.

The request was filed by Kaashidhoo MP Abdulla Jabir this Wednesday.

A prominent politician and Islamic scholar, Dr. Afrasheem was murdered in the early hours of October 2, 2012 at the stairwell of his residence just as he returned home after appearing on a live TV show.

DDCom, in its investigative report on the high-profile murder, referred to a press statement Salaf issued against Dr. Afrasheem in 2018, in which it accuses him of engaging in the sin of shirk, and warns the public against following his fatwas.

The commission said it found Salaf attempted to incite hatred against Dr. Afrasheem, exposing him to threats to his life.

Jabir has requested to clarify from Mahloof whether the Sports Ministry – the regulatory body for local clubs, civic groups and non-governmental organizations – had taken any action against in response to the allegations, and for details regarding the action taken against Salaf, if any.

It believes Azlif Rauf (H. Hilton), Hussain Human Ahmed (H. Lobby), Ali Shan (H. Hicoast) and an unnamed minor to have actively participated in the murder, while several others had served as lookouts.