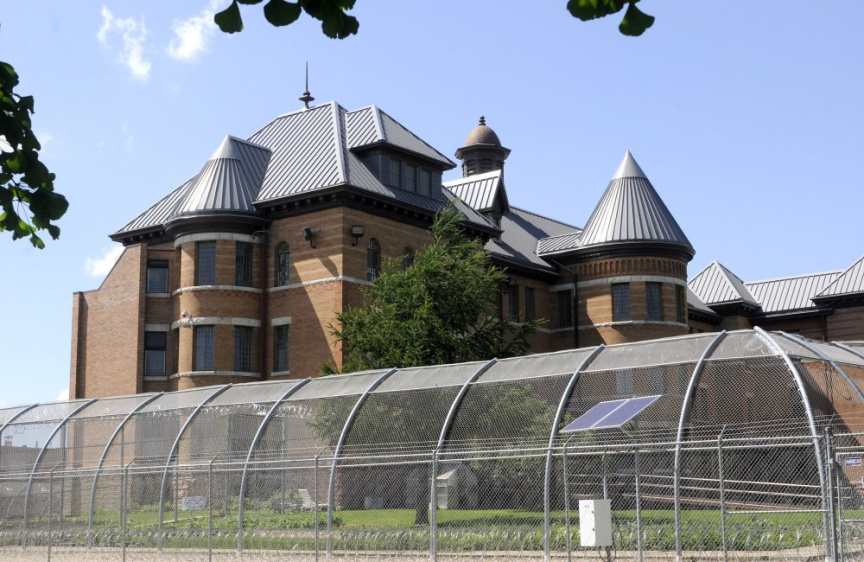 FILE - This June 16, 2010 file photo shows the exterior of the Civil Commitment Unit for Sexual Offenders (CCUSO) unit, that is part of the Cherokee Mental Health Institute in Cherokee, Iowa. A termination letter obtained by The Associated Press alleges that Shannon Sanders committed "boundary violations" with a patient in her care. Sanders is the treatment director at the Civil Commitment Unit for Sex Offenders in Cherokee. (AP Photo/Steve Pope, File)

IOWA CITY, Iowa (AP) — A psychologist in charge of treating Iowa’s most dangerous sex offenders violated policies by developing an improperly close relationship with a violent predator who became obsessed with her, The Associated Press has learned.

Shannon Smith Sanders, who directed the treatment program at the Civil Commitment Unit for Sex Offenders in Cherokee, did special favors for the patient — sharing secrets with him, bending the rules for him and lying to protect him, according to a Sept. 16 termination letter obtained under Iowa’s open records law.

Sanders also failed to report that the patient was having personal feelings for her. The letter said Sanders’ actions constituted “boundary violations,” meaning they crossed the line into unethical behavior that potentially exploited the patient.

They also created potential security concerns for the institution, which houses about 120 sexually violent predators who have been ordered by the courts to be locked up for treatment following completion of their prison terms.

The letter did not identify the patient. But attorney Jason Dunn told the AP that it was his client, Jeffrey Goodwin, who has been locked up since committing a 1988 sexual assault in Keokuk. In custody, Goodwin has a record of expressing sexually violent fantasies and threats toward female guards and assaulting other patients and staff.

The Iowa Department of Human Services, which operates the program, allowed Sanders to resign in lieu of termination after a three-month investigation into the complaint, documents show.

Sanders, 38, declined to comment about the investigation’s findings or Dunn’s allegations.

Dunn recently asked the FBI to investigate, saying the relationship may have violated an Iowa law barring therapists from sexually exploiting their patients. He said Goodwin intends to pursue a lawsuit.

The Cherokee Police Department is investigating “claims that have been brought to our attention,” according to police Chief Nate James, who declined to elaborate.

Buena Vista University in Storm Lake, Iowa on Tuesday swiftly cut ties with Sanders after learning of her alleged misconduct from AP, a college spokeswoman said. Sanders had been teaching an online course this semester and was named its adjunct graduate faculty member of the year in 2018.

Sanders may avoid other professional consequences. Psychologists who work for government agencies in Iowa are exempt from licensing requirements, which means she cannot face investigation or public discipline from the Iowa Board of Psychology.

Dunn said he fears that Sanders will not be held accountable and that she could get another job at a similar facility.

Goodwin filed his complaint against Sanders in June after coming to believe that he was being manipulated by the psychologist, who told him she would deny everything to protect herself if they were caught, Dunn said.

Their relationship developed this year after Goodwin returned to the program following completion of a prison sentence at the Anamosa State Penitentiary.

He has been in and out of the treatment program for most of its 20-year existence. The Iowa Supreme Court in 2004 upheld a jury’s ruling that Goodwin is a sexually violent predator who needs to be committed for treatment for sexual sadism, exhibitionism and anti-social personality disorder.

Sanders had been the program’s treatment director for four years after previously working at a state hospital in Kansas, earning nearly $98,000 last year, records show.

The investigation revealed “boundary/security issues” that she failed to report, violating numerous program and department policies, according to the termination letter signed by DHS administrator Rick Schults. Sanders refused to sign the letter and resigned immediately.

Her husband also worked for DHS at the Cherokee Mental Health Institute, which houses the treatment program. Trevor Sanders was in charge of overseeing surveillance cameras and other electronic security systems. It’s unclear whether any video of his wife’s alleged misconduct exists.

Trevor Sanders also recently left his state job, and the couple’s Cherokee home is listed for sale. Shannon Sanders would not say whether they have moved.

“I don’t want anyone to know my whereabouts, for obvious reasons,” she said.