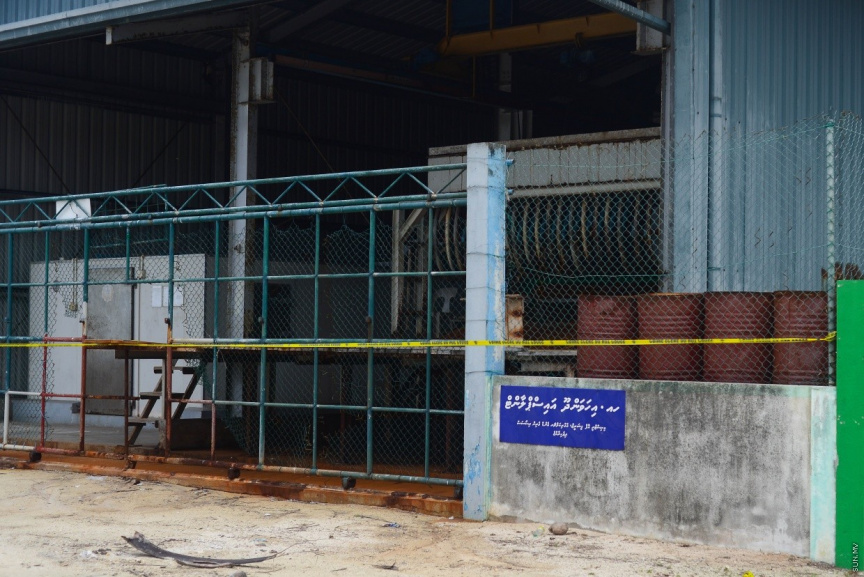 Criminal Court has issued acquittals to the two expatriate workers who were charged with covering up the murder of Ismail Umar (Isse) inside the ice plant in H. A. Ihavandhoo where he worked at.

Isse, an engineer from Lh. Hinnavaru, was found stabbed to death inside the ice plant on July 16, 2018.

The police originally arrested five expatriate workers in connection to the murder in addition to the main suspect, ice plant worker Sumon Mia. Sumon Mia, a Bangladeshi citizen, had worked under Isse and confessed to the murder following his arrest. He has been charged with murder using a sharp-edged weapon.

Two others, Bangladeshi citizens Ikram Seih and Mohamed Milon were charged intentional concealment of the murder.

Both pled not guilty to the charge.

The Criminal Court issued its sentence in the case on November 7. It issued both Ikram Seih and Mohamed Milon acquittals due to lack of evidence to support they had been aware Sumon Mia had committed murder when they tried to arrange transportation for him to leave Ihavandhoo.

The court also found that while two of state’s witnesses – one of whom had been a secret witness – testified that the two defendants had requested transportation to H. Dh. Kulhudhuffushi for a ‘friend’, the witnesses failed to clarify who the ‘friend’ had been.

The court found that witness testimony failed to establish Ikram Seih and Mohamed Milon had been aware Sumon Mia had committed murder, and that the fact that they had arranged for transportation for Sumon Mia wasn’t enough to prove them guilty of covering up the murder.