Yameen: Do not worry about me, I shall win this case 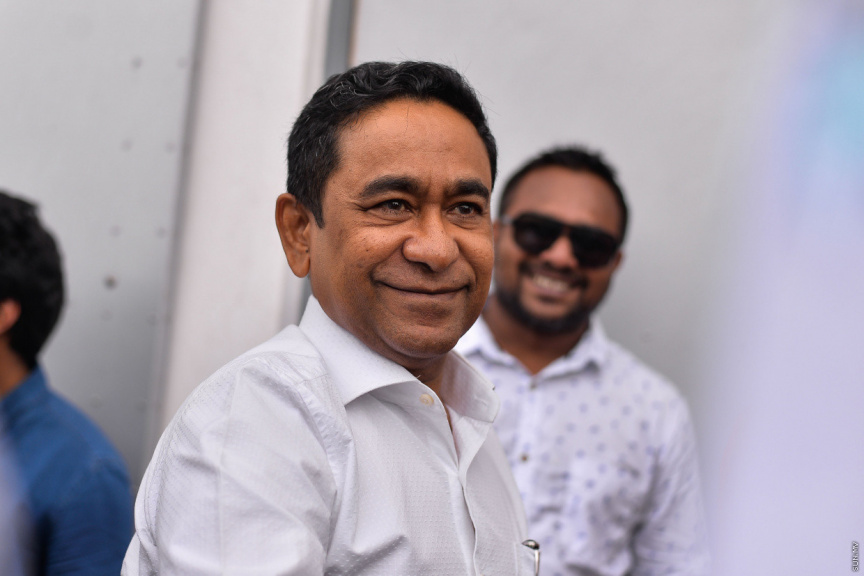 Former Maldivian President Abdulla Yameen Abdul Gayoom has expressed confidence in winning the money laundering case lodged against him by the state.

Speaking at the PPM gathering titled Fun’daalaifi held at the Alimas Carnival last Friday, Yameen urged his supporters not to harbor any concerns he may get convicted, saying that he himself wasn’t worried.

“I shall win this case. Do not worry about me,” he said.

Yameen said that “the court of the people” had already issued its verdict in the matter, and that the presiding judge had been “picked up and discarded” mere hours ahead of issuing the verdict in the case because “certain people” refused to accept it.

He said that officials in power themselves believed in the fairness of the verdict which would have been issued, but had, never the less, been unable to stomach it.

“Why else would the chief of staff have to call to check if the verdict will be just. There isn’t any reason for him to call, is there? Therefore, the President knows a just verdict has been written down. But he cannot bear to stomach it,” said Yameen.

He called on his supporters to take a possible disadvantageous verdict as a test which he need to endure only temporarily.

“The crimes of the wrongdoers will meet them at the end. This is what we need to accept,” said Yameen.

The former President criticized the current government in his speech on Friday. He said that the “holy government” which had come to power “ringing the bell of democracy” was now headed towards cruelty.

He also accused the current government of destroying all established systems and mechanisms through persistent overreach and interference into all matters of the executive branches of the state – especially the judiciary.