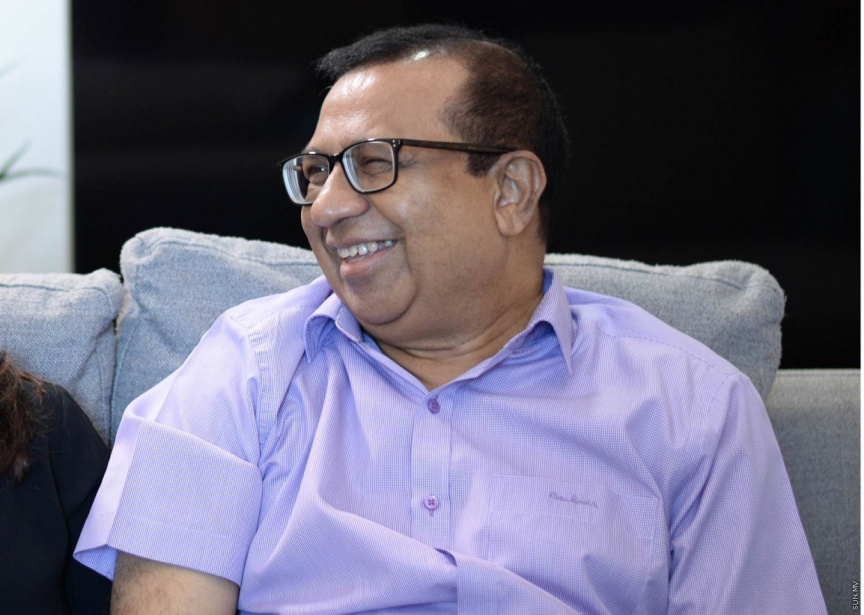 The Parliament has passed reappoint the Former President of the Elections Commission (EC) Fuad Thaufeeq to the vacant seat on the Commission today.

Fuad was reappointed to the Elections Commission following the term of current EC member Amjad Mustafa which is due to lapse on November 24.

Fuad gained the approval of 70 members to be reappointed to the EC. Other names nominated for the post include the outgoing Vice President of the Commission Amjad Mustafa from Alivaage, G.A Maamendhoo and attorney Mariyam Haneefa from Anbugasdhishuge, H.A Kelaa. However, votes for these two names were not carried out since Fuad’s name gained the necessary approval by the Parliament.

Fuad was removed from his post on the EC by the Supreme Court on a Suo Moto manner in 2013. Fuad worked with MDP senior officials and the party president after his removal and even ran as an independent candidate for the South Mahchangoalhi constituency in the last Parliamentary elections.

Dismissals of Chief Justice and Judge Adam to be sent