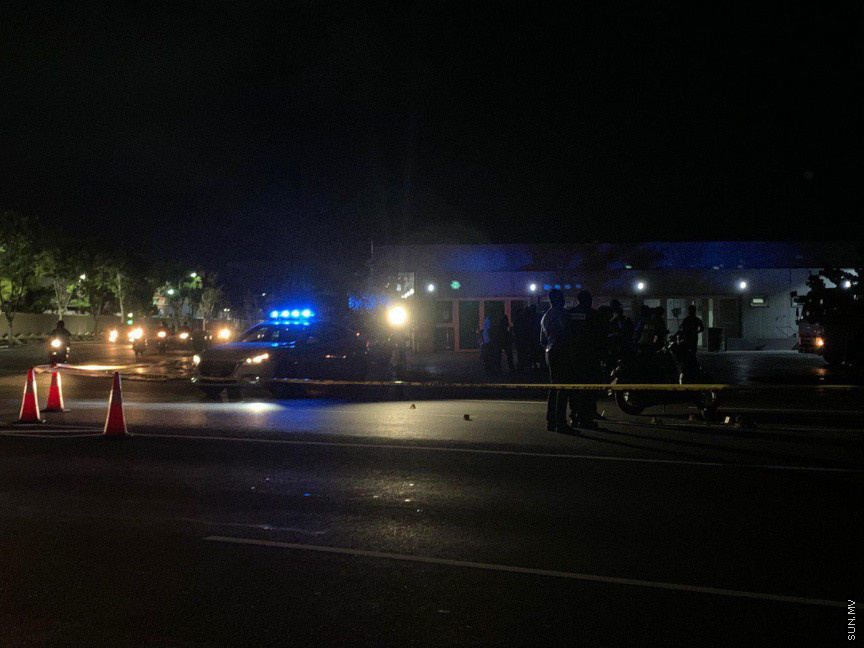 An accident that occurred late last night on the Hulhumale’-Male’ highway has resulted in the death of a 13-year old child.

The child that passed away has been named as Fathimath Anjum Shafeeg (13 years) from K. Thulusdhoo, according to the information received.

The child’s mother, a 51-year old woman from G.Dh. Madaveli was treated in the Hulhumale hospital in the aftermath of the accident but did not suffer any external injuries according to the Aashiya Solih, the media official of Aasandha Company which runs the hospital.

The child was taken to the Treetop Hospital, which was later visited by MTCC CEO Hassan Shah, as reported by a “Sun” journalist at the scene. A family member that spoke to “Sun” stated that Anjun and her mother had traveled to Hulhumale’ to visit family members and were on their way back to Male’ when the accident happened.

Police caution to use helmets that fit regulations