Police: Those wearing helmets that violate regulations will be penalized 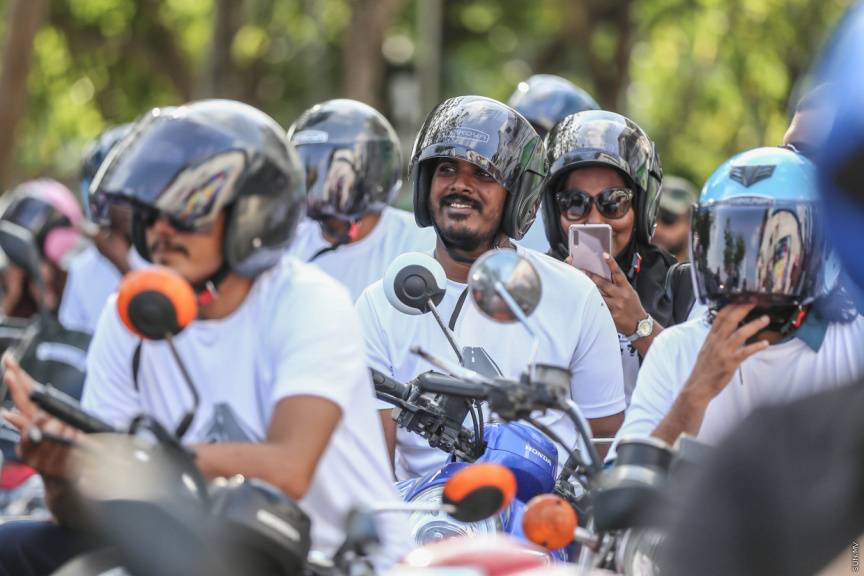 Maldives Police Service has stated that it has noticed the use of helmets that do not fit the regulations by a lot of drivers and warned that action will be taken against such drivers.

The helmet regulations which were announced in March of this year should have a number of safety features for it to fit into the regulations prescribed. These regulations include:

Violations of these regulations warrant a fine of MVR 750. The fine for not wearing helmets in the designated areas where driving above 30 KM per hour is permitted, is also the same.

Police traffic statistics publicized every week shows that traffic violations and cases of not wearing helmets still numbered high. A total of 17 cases were noticed by Police last week.

The statement by Police coincides with a deadly accident on the highway between Male' and Hulhumakle' last night that resulted in the death of a child.

Funeral of child killed in accident arranged for today