A 69 percent increase in political positions in govt. 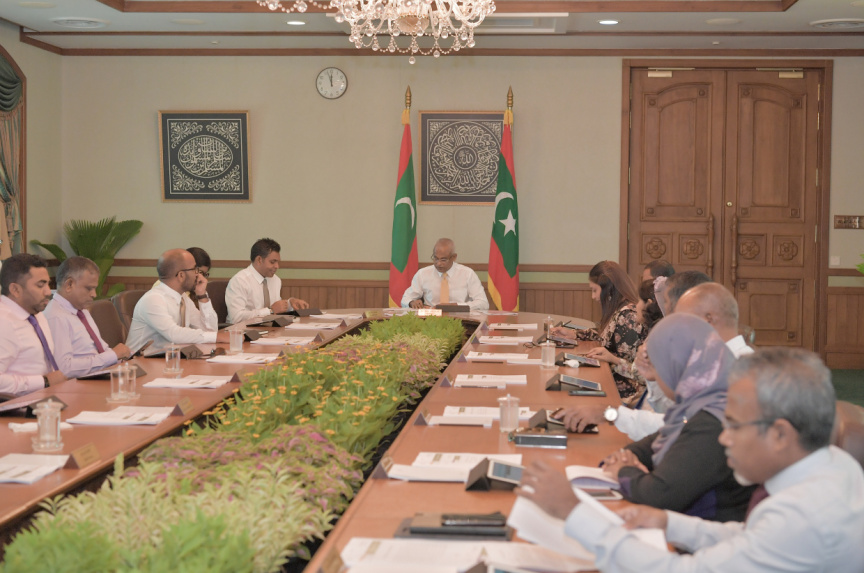 President Ibrahim Mohamed Solih (C) and the members of his Cabinet convene for a briefing regarding the case of a 14-year-old boy who went missing while under State custody on June 25, 2019. (Photo/President's Office)

It has been revealed that the number of political positions within the government has increased by 69 percent compared to the previous administration and would cost the state MVR 331.2 million.

The state budget proposed for 202 shows that there will be 785 political positions within the government and will cost the state an estimated MVR 331.2 million in salaries, benefits, and amenities.

This is figure stark contrasts the promise of President Solih in July when he stated that the number of political positions would not increase from the 465 it stood at then. “Sun” tried to contact President’s Office spokesperson Ibrahim Hoodh regarding the figures but was not able to reach him or get an answer from the spokesperson.

Reducing the number of political positions by 20-30 percent is pledge made by the administration when it came to power.