Speaker Nasheed: MPs will be brought to Parliament for debate, even if they are home 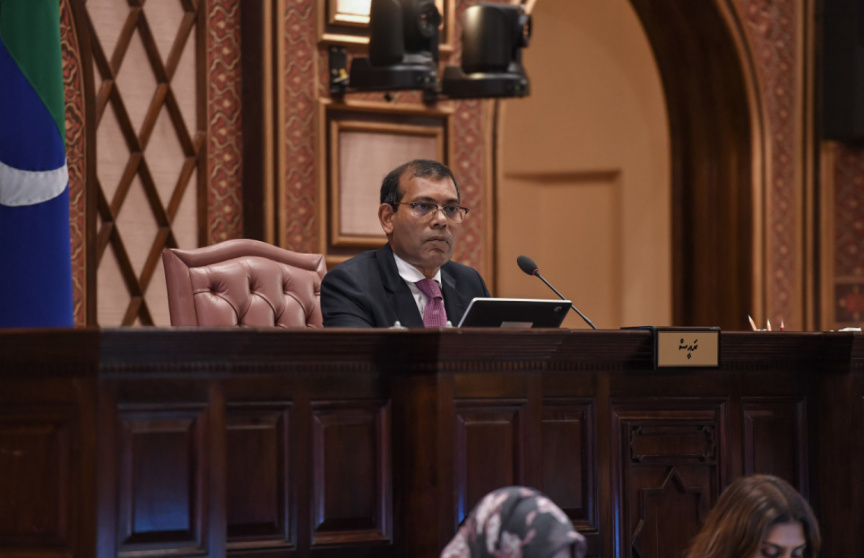 Parliament’s Speaker Mohamed Nasheed has stated that MPs would be brought to the parliament for the budget debate even if they are at home.

Nasheed was speaking at today’s Parliamentary session where the state budget of 2020 is under debate and stated that each MP would be allocated 15-minutes to speak and if an MP was not present at the time of announcing the MPs name, then the MP would lose the chance to speak on the subject.

Nasheed then once again reminded that MPs would not get a second chance to speak on the matter if they miss their turns and stated his desire to see all MPs get the chance to debate.

“So I have asked the Sergeant-at-arms to bring you (MPs) here even if you are at home, god willing in time for your turn at the budget debate,” said the Speaker.

GoAir to once again commence flights to the Maldives