MMPRC: Target of 1.5M tourists to be reached by the end of November 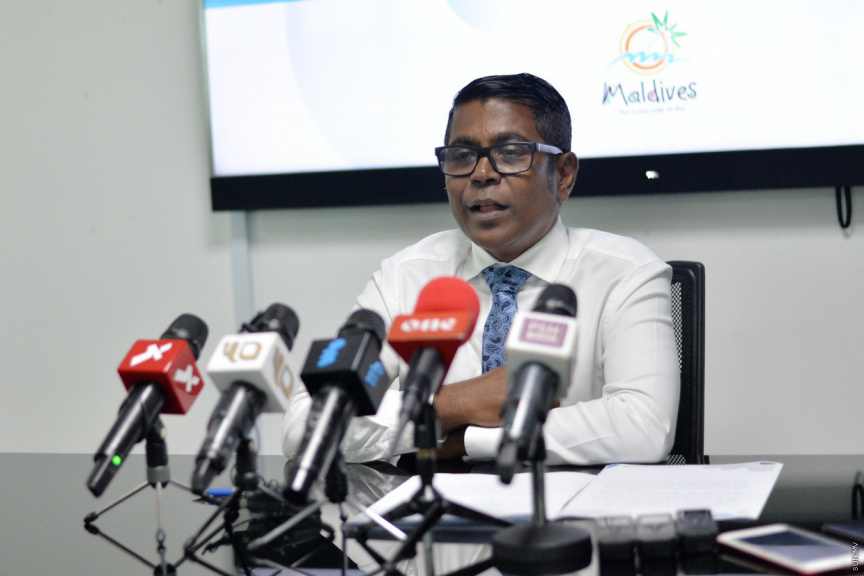 MMPRC Managing Director Thoyyib Mohamed has predicted that the target of 1.5 million tourist arrivals to the Maldives will be reached by the end of November.

Thoyyib was speaking at a news conference today when he made the prediction and stated that this would be a huge success for the government.

“God willing, the 1.5 millionth tourist will set foot in the Maldives at end of the last week of this month,” said Thoyyib.

MMPRC has carried out several campaigns to market the Maldives in 2019. The country was promoted in 21 markets, 23 fairs and roadshows were held in 33 cities. MMPRC has also invited social media influencers and journalists from several countries to experience and market the Maldives and has also worked with several airlines and international companies to promote the country. These efforts have yielded 15 awards for the Maldives so far this year.

MMPRC will be taking part in one more fair and five more media fame trips will be held in 2019.