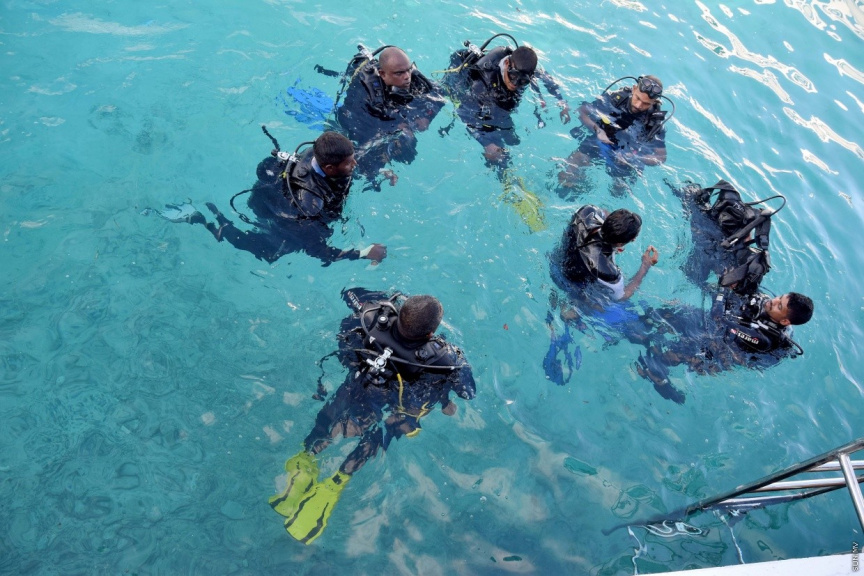 A group divers at sea.

A Chinese male tourist has died in a diving excursion in Fuvahmulah in the south of Maldives today.

The man who died was a 25-year old Chinese tourist, according to Police and was taken to Fuvahmulah Hospital around 10:00 in the morning. Police stated that the man died after climbing back on board the boat that was transporting them after a diving session. The case is now under investigation by Police.

A Swedish male tourist also died yesterday near Dh. Kudahuvadhoo after the dinghy he was on overturned. Cases of Chinese tourists drowning in the Maldives have increased in recent years and has prompted the government to issue warnings to resorts regarding safety precautions.