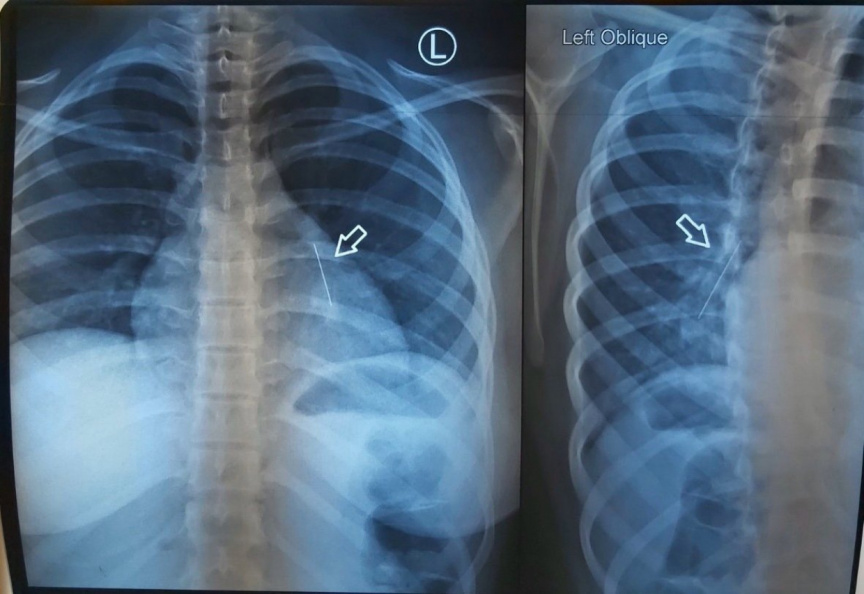 X-ray shows a pin embedded in the wall of the airway of a 17-year-old girl. (Photo/IGMH)

Doctors from state-run Indhira Gandhi Memorial Hospital (IGMH) have successfully conducted a surgery to remove a burqa pin from the lungs of a 17-year-old girl.

According to IGMH, the surgery was conducted by Dr. Mohamed Ali and Dr. Mohamed Ismail from the National Centre for Respiratory Medicine at the hospital.

Dr. Mohamed Ali has tweeted that that it took the team three hours to remove the pin because it had been embedded in the wall of the airway.

He has also warned against putting pins inside the mouth due to the risk of accidentally inhaling it.

We,National Centre for Respiratory Medicine team @igmhmv removed a #Buruga pin from lungs of a 17yr- she’s fine now Alhamdhulillah. It took 3 hrs to remove it, since it was embedded in the wall of airway. Pls b careful. Pls don’t put pins in mouth, as u might inhale it.#BeAware pic.twitter.com/7JIwVDT0sO

The 17-year-old patient is reported to be recovering well.