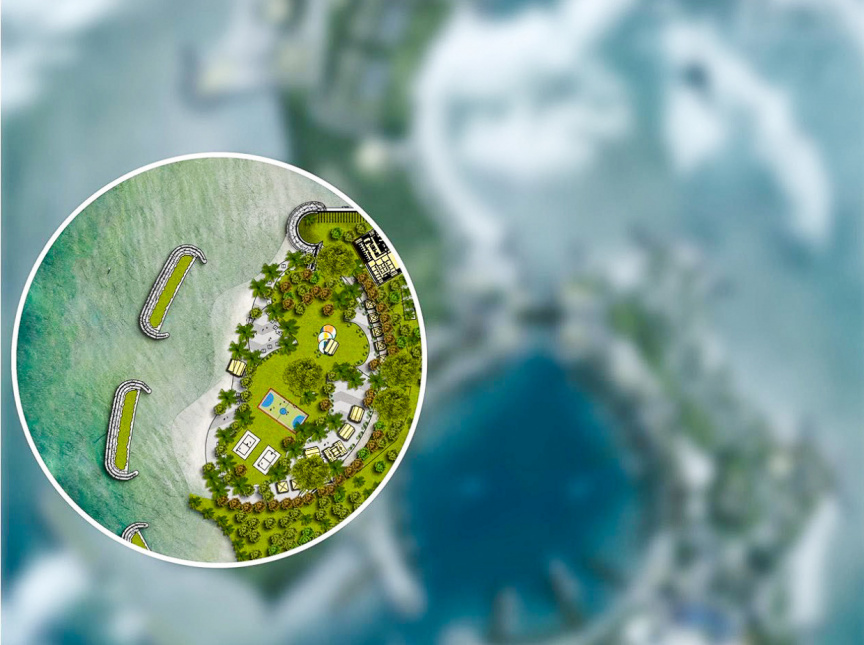 A concept of the two islands developed near Male' city for residents of the capital to visit for picnics. (Photo/Planning Ministry)

The Planning Ministry has decided to embark upon a quest for the public’s intake on a nearby picnic island for residents of Male’ city.

The island being developed for the purpose is located in Emboodhoo finolhu which also houses the luxury Crossroads project run by Thailand’s Sinha Estate.

A meeting to take the public’s opinion on the matter will be held by the Ministry on Tuesday 4-6. Designating a picnic island in Emboodhoo finolhu was a 100-day pledge by President Ibrahim Mohamed Solih.

The 3.3-hectare island, located 15 minutes away by ferry from Male’ will have a beautiful beach synonymous with the Maldives as well as a sports arenas and barbecue areas. Special kids’ clubs and family rooms, as well as separate male and female changing rooms, will be located on the island.

The government has also revealed that lifeguards will be present on the island.

Residents of Male’ city previously visited the nearby Kuda Bandos for picnics. The island was later developed for tourism purposes which left the public without a picnic island to relax and enjoy with their family. Over time, this had become a sorrowful fact for the residents of the most populated island in the country.