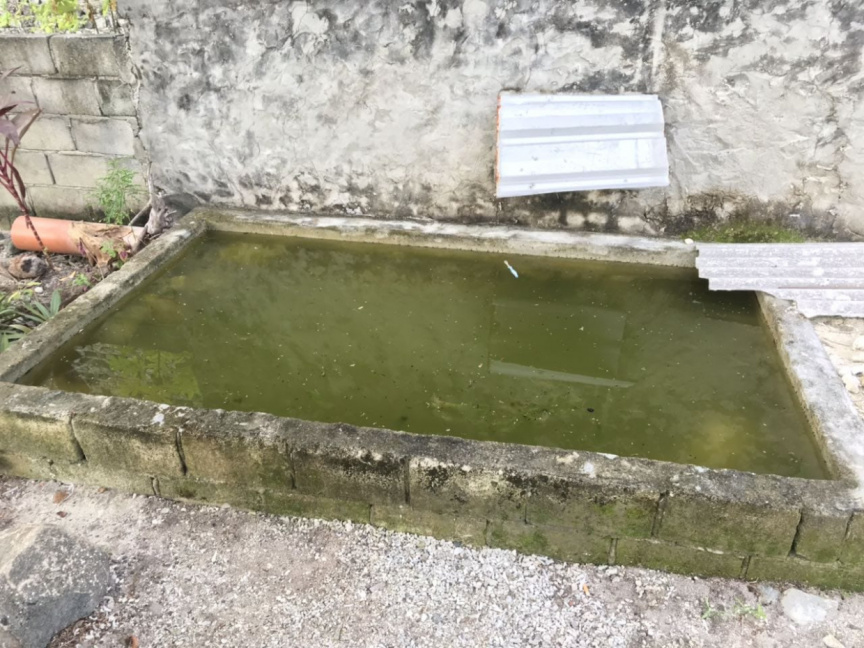 The fishpond at a private residence in L. Gan to which a 2-year-old girl fell on September 14, 2019. (Photo/Police)

The family of a child who fell into a fish pond has stated that the child is still unconscious and is receiving treatment in India.

The two-year-old child from L. Gan fell into the pond in his home on September 14. He was initially treated in Gan Regional Hospital before being transferred to IGMH in Male’ city until October 16. The child’s family later transferred the child to a hospital in India for further care.

The child was first taken to KIMS hospital in Trivandrum but was later moved to Amrita Hospital in Kochi, India due to the unavailability of treatment from KIMS hospital.