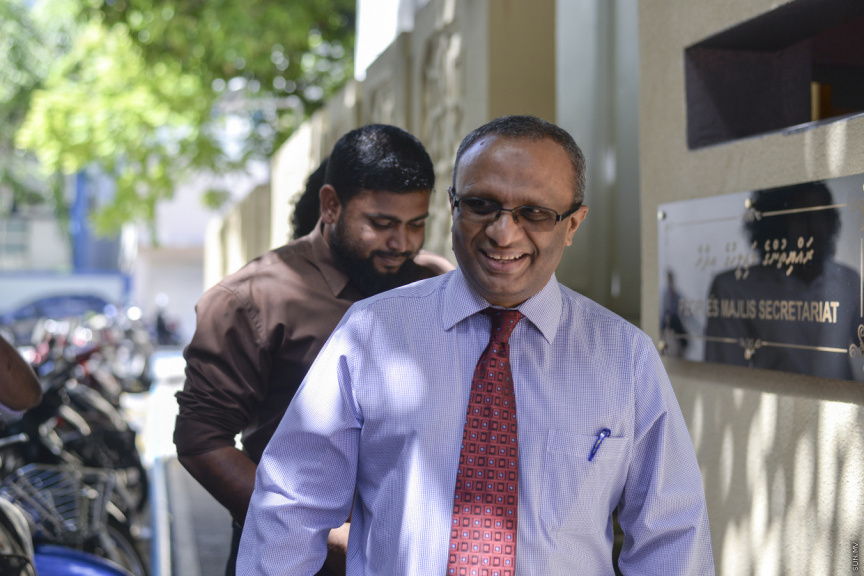 President of the DDCOM Husnu Al Suood pictured with another member. The DDCOM has concluded the investigation into the brutal murder of Dr. Afraasheem Ali and sent the report to the President on November 7, 2019.

The DDCOM confirmed this but did not state when the details of the report will be made public. President of the DDCOM Husnu Al Suood has previously stated that the Commission had identified the men behind the cruel murder of Dr. Afraasheem in 2012 but refrained from revealing their names.

Finding justice for the murder of Dr. Afraasheem who also served as Ungoofaaru MP before his murder is a pledge of the current administration and was even guaranteed by the DDCOM to Dr. Afraasheem’s family.

Dr. Afraasheem was murdered on the night of October 1, 2012, inside his residence in H. Funviluge. The former MP and religious scholar had suffered deep wounds from a “Kathivalhi” which is a type of large knife used in the Maldives for agriculture purposes taht led to his death.

The Criminal Court has previously convicted Hussain Humaan from H. Lobby of the murder of Dr. Afraasheem Ali and sentenced him to death. The sentence and verdict were upheld by the High Court and Supreme Court as well.