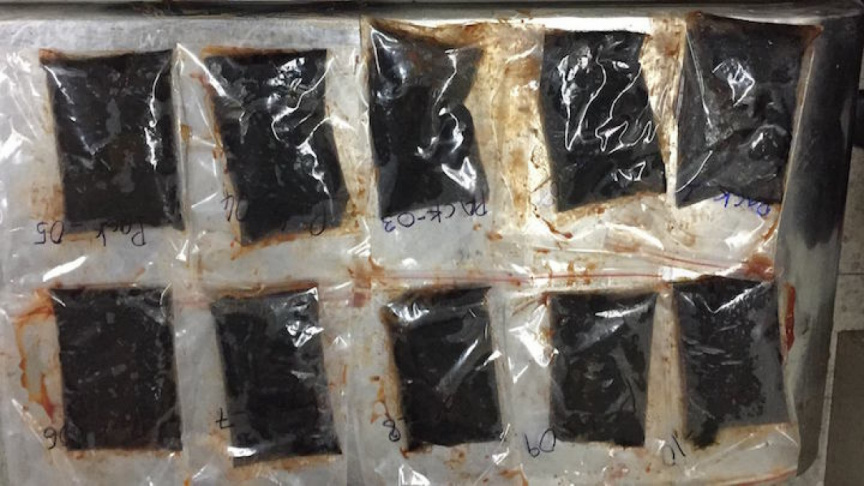 Drugs seized from a previous operation. Authorities seized more than 2 kilos of drugs from two Indian nationals who arrived in the Maldives on November 2, 2019. (File Photo/Police)

Maldivian Customs seized more than two kilos of drugs from two men who arrived in the Maldives from Bangalore, India on November 2.

The drugs were found in the luggage of the two Indian nationals aged 23 and 24. Maldivian Customs officials stated that an X-ray scan of their luggage indicated a hidden item in their suitcase and was confirmed on initial testing as hash oil, which is a type of drug.

The drugs found weighed 2.146 kilos and had a street value of MVR 572,980, according to authorities. The case is now under investigation by Police.