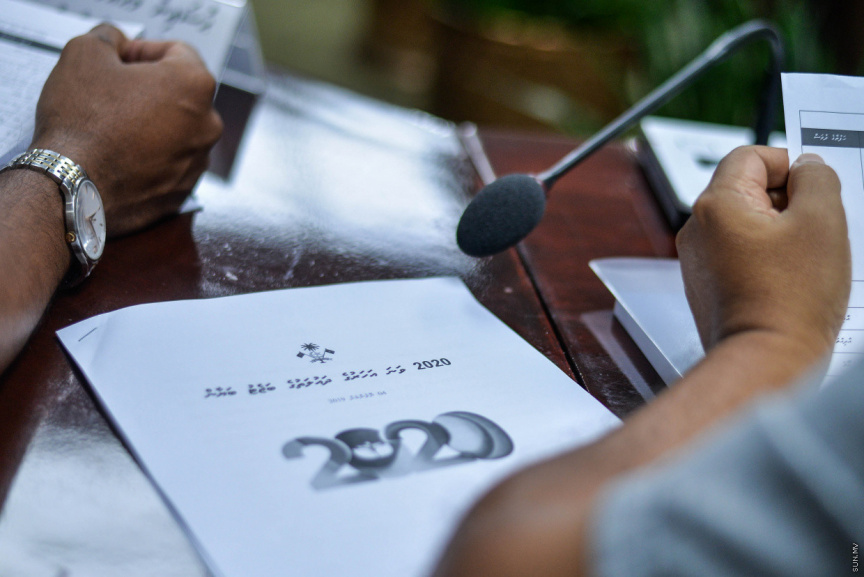 November 5, 2019; Inside a meeting of the Budget Committee of the Parliament. The budget for the year 2020 presented by Finance Minister Ameer stood at MVR 37.5 billion. (Sun Photo/Fayaz Moosa)

The Parliament’s General-Purpose Committee has set out a 21-hour debate time for the state budget that was presented to the Parliament for the year 2020.

“If each MP gets 15-minutes to speak about the budget on the first instance, that means a debate time totaling 21 hours,” said Nasheed. The Speaker also stated that the debate would begin next Tuesday and sessions would go on at night even.

The state budget for the year 2020 was presented to the Parliament on Monday by Finance Minister Ibrahim Ameer. The MVR 37.5 billion was described as the perfect budget and called on MPs to pass the budget as it was presented.