Speaker 'disciplines' Tom, tells him to stand facing a wall 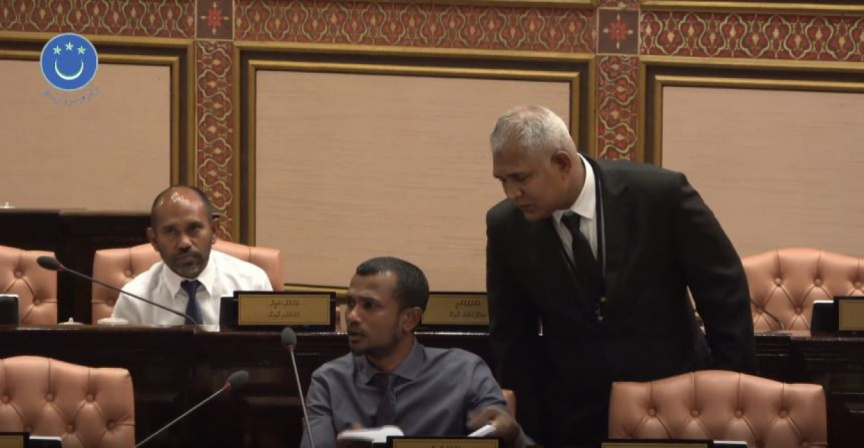 Speaker of Parliament, former President Mohamed Nasheed has taken additional disciplinary action against Mahibadhoo MP Ahmed Thoriq (Tom) for refusing to exit the parliamentary chambers after his name was called for disruptive behavior.

Nasheed had instructed Tom to demonstrate his remorse for his disruptive behavior during the parliamentary sitting last Monday by committing it to paper 100 times.

Tom refused to exit the chambers as instructed, and had evaded attempts by the security to expel him from the chambers.

Nasheed said that he would continue with the sitting by pretending Tom had left the chambers as instructed.

He decision by Nasheed not to forcibly remove Tom from the chambers was heatedly condemned by several parliamentarians.

Nasheed, following Tom’s continued disruptive behavior, called his name for a second time, and instructed the Sergeant at Arms to seize his whistle and hand it over to the secretariat.

He then told Tom to exit the chambers, and stand facing a wall.

“You need to go out and stand facing a wall,” said Nasheed.

Tom has since left the chambers, along with three other parliamentarians whose names were called for disruptive behavior this Tuesday; Nolhivaram MP Mohamed Nasheed, Naifaru MP Ahmed Shiyam, and Felidhoo MP Ibrahim Fazul Rasheed.