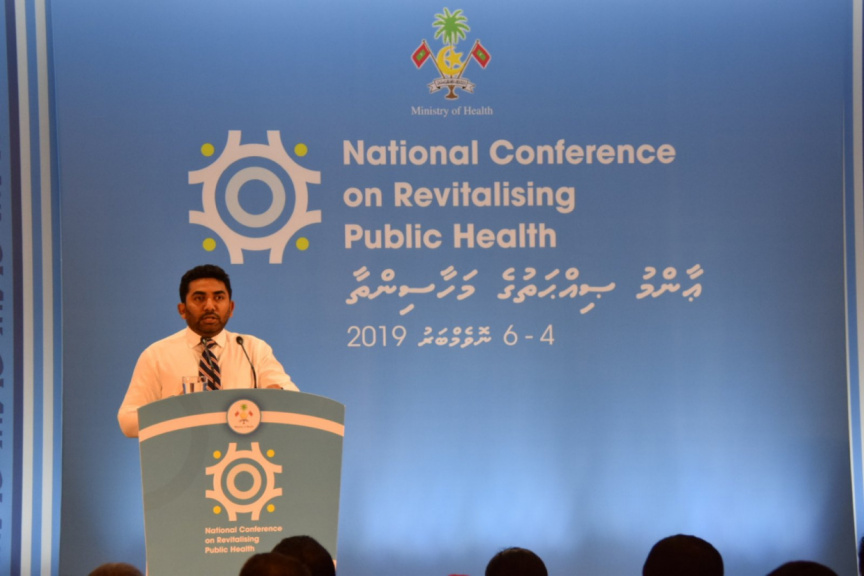 Health Minister Abdulla Ameen has stated that Maldivians have been negligent about public health at the National Conference on Revitalizing Public Health held in Paradise Island Resort.

The Minister stated that Maldivians have been lax or inattentive regarding public health and action needed to address these issues was long overdue.

The Minister also spoke of revolutionary changes that needed to be brought to address these issues such as modernizing the health services provided in the country. He also pointed out that the expenditure on the health sector was increasing every year and hailed this as a success towards developing the sector.