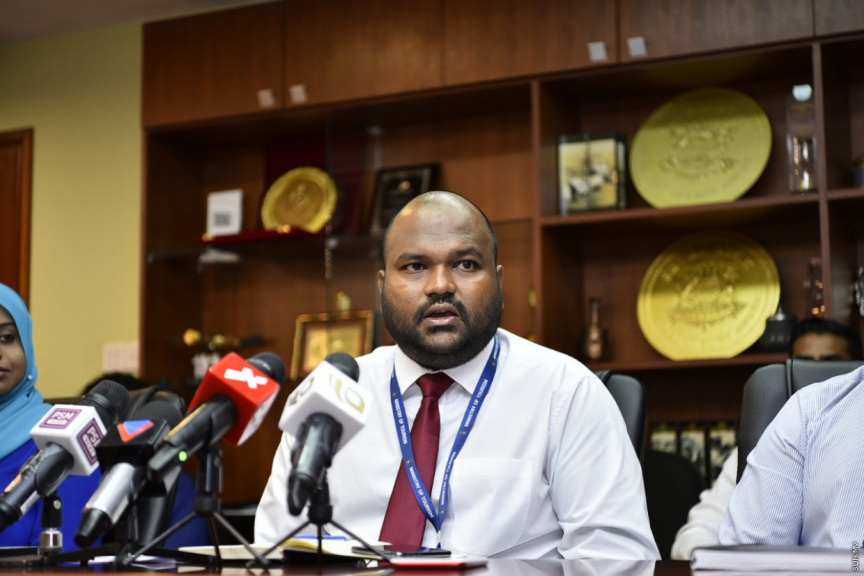 Maldives will be advertised on the kit of Spanish top-flight football club Celta Vigo for MVR 15.3 million (USD 996,000) including taxes per year, Tourism Minister Ali Waheed has revealed.

The “Visit Maldives” logo will be on the La Liga club’s kit for three years. The Minister divulged the information as he was speaking to reporters before leaving for UK and Spain last night. The agreement for advertising is expected to be signed on this trip by the Minister.

“Under this agreement, the visit Maldives logo will be used as the official sponsor, official tourist destination and on the official kits and training kits as well as the uniforms of staff and training staffs of Celta Vigo.” said the Minister.

The Minister also noted that the logo will be used on the club’s bus and kits sold in shops. Other than this, videos of Maldives will be displayed on the screens inside Celta’s stadium. The first use of the logo will be seen in Celta’s La Liga fixture against FC Barcelona on November 9.

“This is an extremely cost-effective method of diversifying. A new level of marketing the country in its history.” said the Minister.