JP criticizes Nasheed for comments 'foreign to the Maldivian people’ 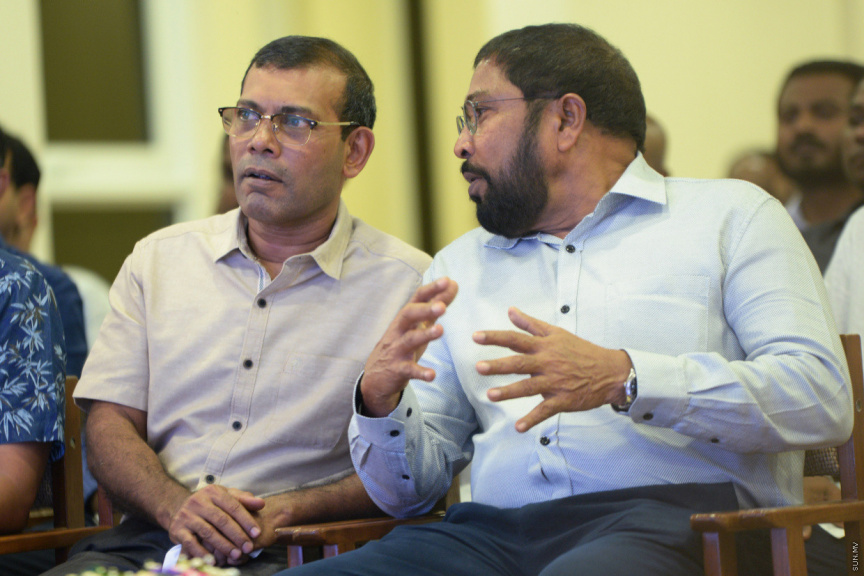 Jumhoory Party (JP) says it has never criticized President Ibrahim Mohamed Solih, but does criticize ruling Maldivian Democratic Party (MDP) leader President Mohamed Nasheed because of his habit of making comments which are foreign to the Maldivian people.

Ali Azim said that JP, being a coalition partner, should not criticize the government, and should choose to walk out of the coalition if it wished to continue its criticism.

He said that though the current government was based on a coalition, its ruling party was the MDP, and that neither JP’s leader, nor any other politician from JP should criticize MDP either.

JP had responded to Ali Azim’s comments with a press statement in which it denied ever criticizing either the current government, or President Solih.

It called Ali Azim’s comments blatant falsehoods, but conceded that it did criticize Nasheed, who in addition to being MDP’s leader, also serves as Speaker of the Parliament.

It said that it’s criticism was directed solely on Nasheed, and only because he made comments which were foreign to the Maldivian people, and incited national religious division.

JP said that it would continue to criticize any action which damage the religious unity, national stability, or the Maldivian people, despite being part of the government coalition.

JP said that it urged Nasheed to rectify his behavior, but also, at the same time, commended President Solih’s policies.