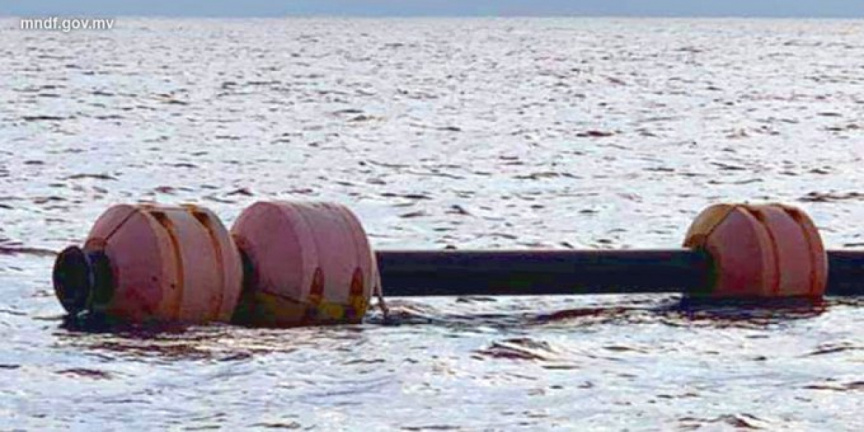 The drifting metal pipe that prompted MNDF to issue a warning to travelers near A.A atoll on October 29., 2019

Maldives National Defense Force (MNDF) has issued a caution to travelers and seafarers of a metal pipe that was drifting in the ocean after separating from dredger near A.A Bathola.

MNDF stated that pipe was drifting three nautical miles east of Bathola and advised seafarers to stay alert when traveling in the area, especially at night.

Part of a lighthouse also washed up on the reef of Gallaadhoo near Sh. Komandoo yesterday. Police informed that the lighthouse was measured at 50 feet.

STO generates a net profit of MVR 95M in Q3