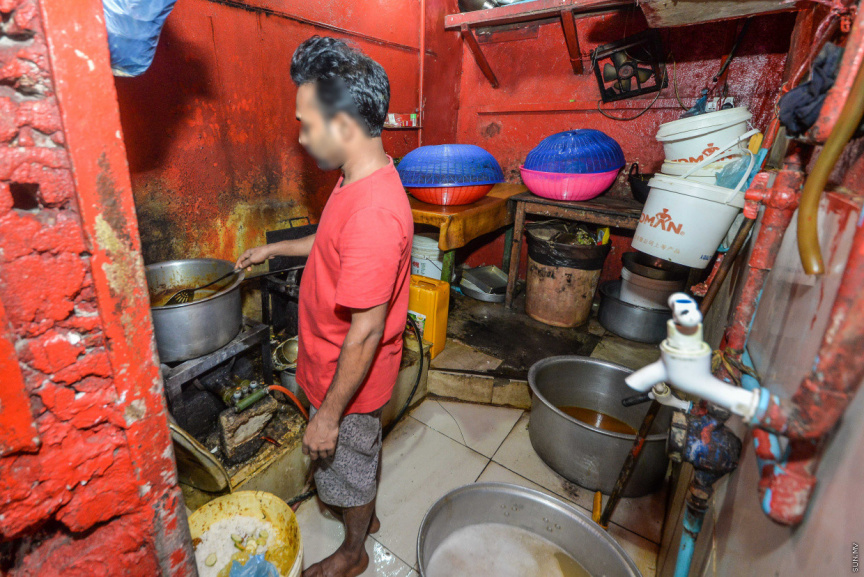 Labor Relations Authority says the police fail to investigate the cases of illegal commercial activities by expatriate workers which it reports to the agency.

LRA’s senior administrative officer, Ali Shareef told the committee that the LRA had conducted inspections on three properties in Male’ in December 2018 in response to reports of illegal trade by expatriate workers.

He said that the LRA had alerted the Defense Ministry, Home Ministry, Food and Drug Authority, and Maldives Immigration regarding the cases via letter, and that a massive fire incident had taken place in the alleyway where the properties where located at, while the cases had remained uninvestigated by any of the agencies.

“We brought it to the attention of Defense Ministry because it involved sale of food made at small cubicles [which aren’t kitchens] at small spaces using large cooking gas cylinders. Killi was being made on top of the beds they sleep on. These killi packets are put up for sale at shops. And then we talk about people getting sick…. These places remain unchanged. This is why we say the agencies aren’t being cooperative,” said Ali Shareef.

He said that the LRA isn’t empowered to investigate such cases, and that the power lies with the police.

LRA: No-pay, pay cuts is a violation of law