Man arrested for recruitment of Maldivian citizens for militant activities 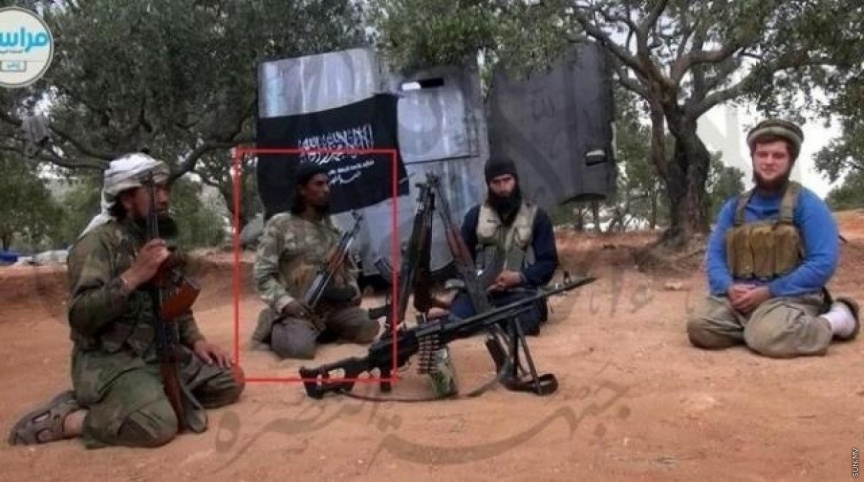 File photo of a Maldivian militant (2nd L) who was reportedly killed in fighting in Syria.

A man has been arrested on suspicion of recruiting and sending Maldivian citizens abroad for militant activities.

The man was arrested last Wednesday night, and was identified by the police only as a 35-year-old Maldivian citizen.

According to the police, the man is suspected of being a senior operative engaged in recruitment of Maldivian citizens for militant organizations, and engaging in widespread promotion of extremist propaganda within Maldives.

The information released by the police show the man to be the first suspect to be arrested under the new revisions to Anti-Terrorism Act.

The revisions establish facilitation, recruitment, promotion and encouragement of militancy as a criminal offense punishable by 10 to 15 years in prison.

It also grants law enforcement agencies the authority to arrest terror suspects without a court warrant.

It is, however, unclear whether the man arrested on Wednesday had been arrested with or without a court warrant.

The Parliament had convened to pass the revisions to the Anti-Terrorism Act in special parliamentary sittings held during recess in September. The revisions were passed on September 30, and ratified by President Ibrahim Mohamed Solih on October 10.

The findings released by Commission on Deaths and Disappearances show extremism to be widespread in Maldives, and to have links with major crimes including murders and robberies.