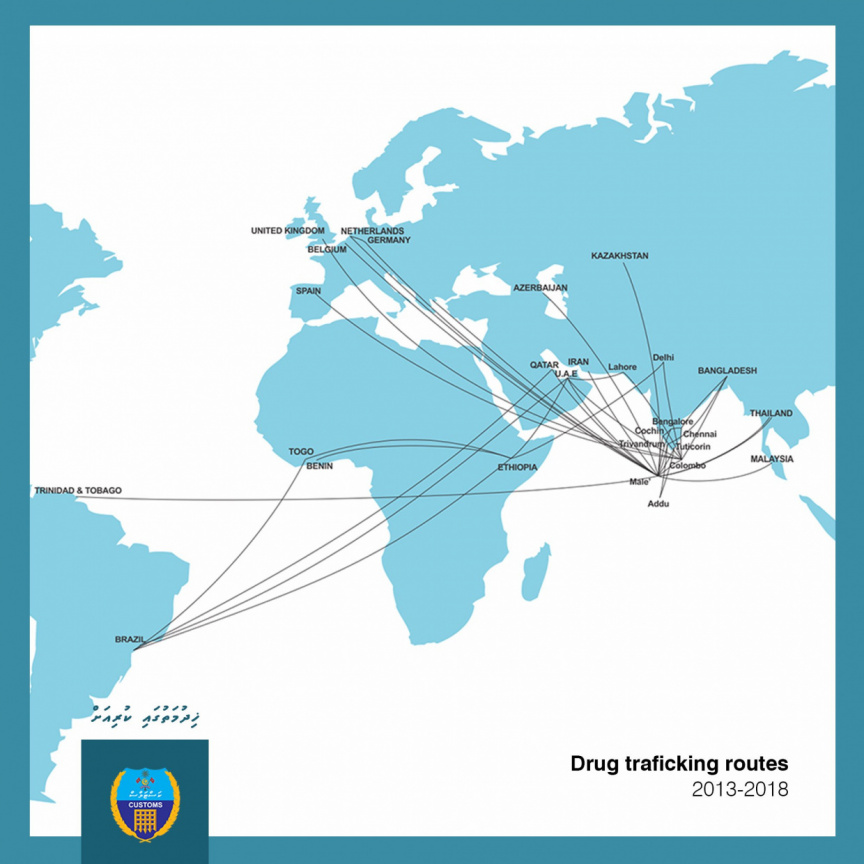 The chart maps air and marine routes used by traffickers from 2013 to 2018.

It shows drugs trafficked into Maldives during the period to have originated from 21 countries.

It also includes five European countries, and additional countries located in Africa and the Americas. They are:

“Where there is access to trade, so are potential for drugs squeezing through. We shall remain watchful and steadfast,” said Customs.

Records released by Customs show 33.16 kilos of drugs have been seized in operations by the agency so far this year.