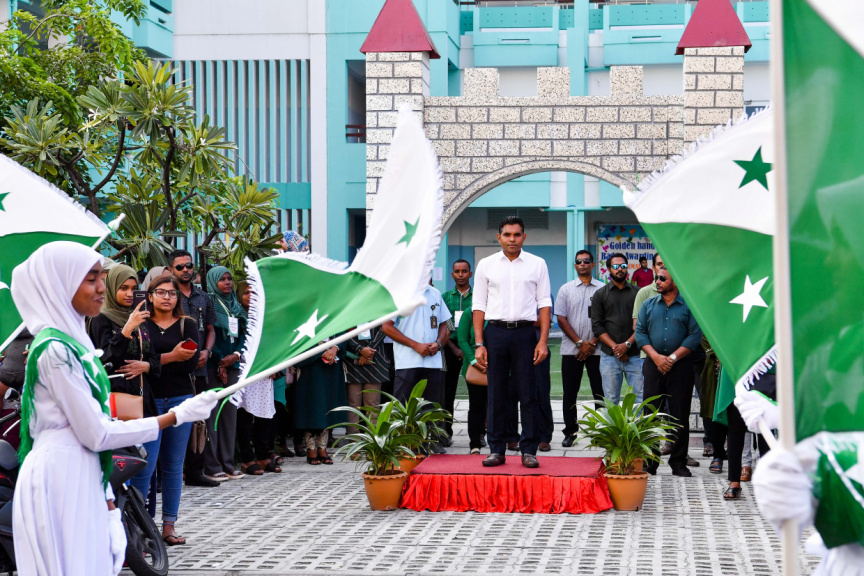 Vice President Faisal Naseem says there is no victory in division, and that the only path to national development is through unity and collaborative effort.

He made the remark in a short speech following the parade held in Hulhumale’ on Saturday to celebrate Aminiya School’s 75th anniversary.

The Vice President said that the unity and friendship among Maldivian people had always been the country’s pride.

He urged the Maldivian people to refrain from activities which incite hatred and division, and to work towards maintaining national peace and unity.

“We can only develop this nation through the work we carry out together. There’s no victory we can accomplish through division,” said the Vice President.

The parade to celebrate Aminiya School’s Diamond Jubilee had been attended by over 2,000 people -made up of the school’s staff and students, as well as the school’s alumni.

The parade had been concluded at the Central Park – from where additional activities to celebrate its Diamond Jubilee had been held.