Turtle rescued after falling into swimming pool in Kandima resort 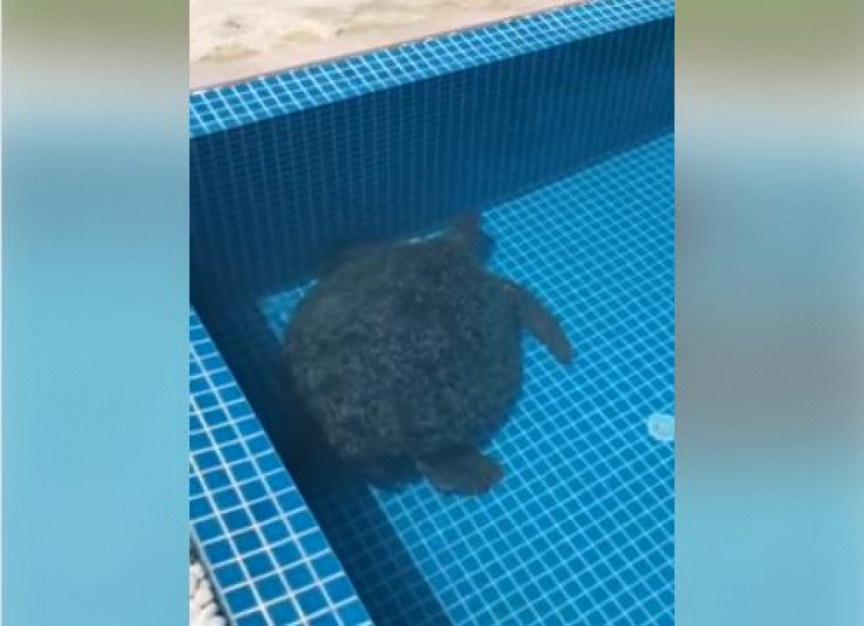 A turtle that fell into a swimming pool in Kandima resort has been rescued.

The resort stated that the large turtle had fallen into a beach villa pool after it came upon the island’s beach.

Video footage shows an employee of the resort struggling to get the turtle out of the pool. After much effort, the seemingly terrified turtle is seen scrambling towards the beach after the employee finally succeeds in getting it out of the pool.

Kandima resort which posted the video on Facebook stated that turtles are inhibitors of the beautiful beaches and islands of Maldives and must be respected.

“We should treat them all with the most respect we could. They have been the inhabitants of the beautiful islands, water & the beaches. This is their homes. The visitors to Maldives love to see our amazing & diverse flora & fauna. It is normal for a visitor to get scared on a sudden encounter with such a natural thing such as a turtle coming up the beach or a birds being close to you, but it is our responsibility to educate the guests.” read the statement by the resort.

There have been recent cases of animal cruelty that hit the headlines in the country. Just a few days ago, a turtle was discovered bound in an extremely cruel manner on an uninhabited island in R. Atoll. The turtle was rescued by EPA and Environment Ministry staff.

A video of an employee of a resort capturing a crane that had wandered into a villa in the resort had also hit social media recently. The crane was reportedly killed after it was captured.

Turtles and Cranes are both protected species in the Maldives.

Scientists create hybrids in race to save rhinos