Color Run to be held with music, watersports and a kite festival 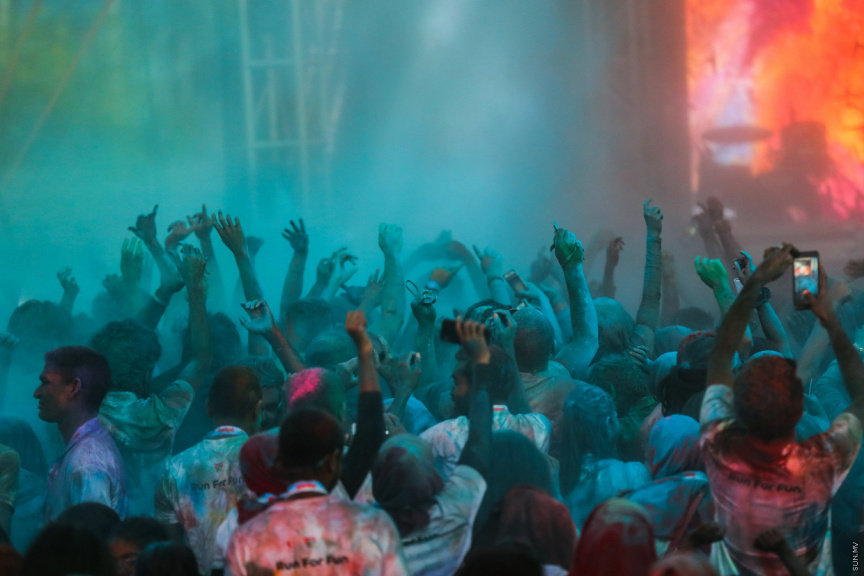 Ooredoo Maldives has announced a wide range of activities which will be held on the last weekend of November along with its marathon - the Ooredoo Color Run.

Ooredoo Color Run is scheduled to be held on Saturday, November 30.

The watersports festival - Moodhu Majaa; and the kite festival - Gudi Mahaasamaa will be held on Friday, November 29.

Ooredoo says its Moodhu Majaa be held on Friday morning and will allow for some quality family time, either by relaxing at the beach, or taking part in watersports activities. It has also promised to offer popular local snacks Anbdu Majaa and Maskaashi to participants.

The Gudi Mahaasamaa will be held on Friday evening, and is aimed at reviving the spirit and competitiveness of kite flying in Maldives.

The Ooredoo Color Run will be held on Saturday, and will be followed with a music festival later at night. Confirmed artists who will appear in the music festival include Habeys boduberu group, Mooshan, and Zakitte, as well as other local artists.

The Moodhu Majaa, the Gudi Mahaasamaa, the Color Run, and the music festival will all be held in suburban Hulhumale’.

Ooredoo reports it will follow the tradition of its previous runs by handing out awards for the fanciest runner, and the most entertaining runner.

Ooredoo generates a profit of MVR 104 million in Q4